Authorities identified the suspect as Jose Paez, 36, and arrested him Sunday in Kerman.
KFSN 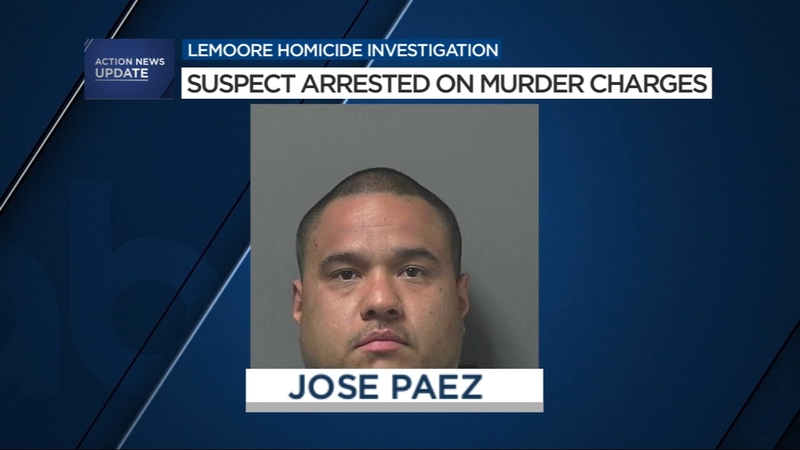 LEMOORE, Calif. (KFSN) -- Lemoore police have arrested a man in connection to the city's first homicide of the year.

The shooting happened Saturday afternoon on Lemoore Avenue between Highway 198 and Iona Avenue.

The investigation revealed a dark SUV chased Ryan before the gunman opening fire.

RELATED: 1 killed in shooting in Lemoore, police investigating as homicide

Authorities identified the suspect as Jose Paez, 36, and arrested him Sunday in Kerman.

Paez was booked into the Kings County Jail on multiple charges.