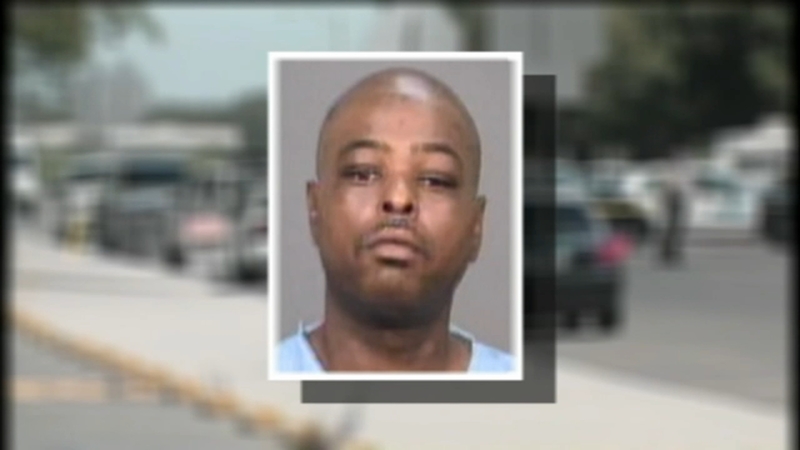 FRESNO, Calif. (KFSN) -- A Fresno County death penalty trial 12 years in the making hit a speed bump Monday even as attorneys dug deeper into the evidence, including the crime leading up to a marijuana robbery and double murder.

Leroy Johnson could go to Death Row for the murders of Gary and Sandra De Bartolo in Kerman, but he's also charged with another robbery and a brutal attack in Fresno a few days earlier.

The attack at a Motel 6 on Blackstone left scars across Phil Neiman's face.

"I didn't think he was going to make it," said now-retired Fresno police detective Leo Martinez. "He looked that bad."

Martinez saw Neiman in the hospital and interviewed him when he survived and got released.

Neiman said he'd never forget the image of his attacker, and quickly identified Leroy Johnson when Martinez showed him this six-pack of mug shots.

"Flip it over and tell me what you think," Martinez said as he gave Neiman the six-pack upside down.

"That's the piece of sh** right there," Neiman said.

"What number are you pointing at?" Martinez asked.

Defense attorneys questioned the identification based on Neiman's description of a tattoo.

He said he saw the word "Fresno" near the suspect's shoulder, but didn't describe the "LJ" initials you can see near one of Johnson's shoulders.

DNA analysis did place Johnson outside the motel room, though.

"I determined that all the types present in that sample number 21 are the same as the types I detected from Leroy Johnson," said serologist Gary Harmor.

Johnson is charged with attempted murder, robbery, and mayhem for the July 16, 2009 attack and with the De Bartolos' murders six days later.

Five other defendants have been convicted in the murder case.

Some of them say Johnson went off-script when he slit the victims' throats during a marijuana robbery.

Defense attorneys admit Johnson was a robbery participant, but they say the other defendants all knew each other, but only recently met Johnson, so it's possible the others set him up to be the patsy.

The trial is expected to last another three weeks, but it also experienced a complication Monday because nobody can find Chris Butler, who is one of Johnson's alleged co-conspirators in the De Bartolo murders.

He got out of jail last year when prosecutors dropped murder charges and got a robbery conviction and a promise to testify against Johnson.