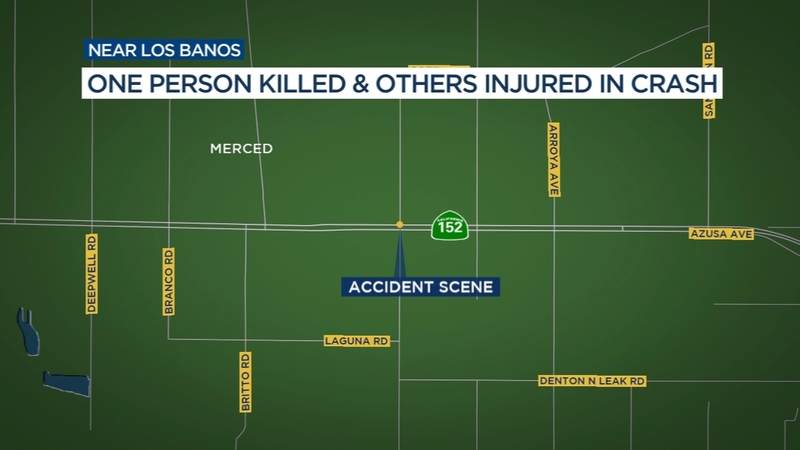 FRESNO, Calif. (KFSN) -- One person has died and many others have been hospitalized after a crash near Los Banos Friday afternoon.

The California Highway Patrol says it happened just before 1 pm on Highway 152 near Cozzi Ave.

Officers say a Honda was rear-ended by a Toyota, leading to the Honda going into the center divider and the Toyota falling into a ditch that had no water.

A man in Toyota was ejected from the car and died at the scene.

Officers say seven people were inside the Toyota at the time of the crash. Four of them were hospitalized with injuries.

A woman was driving the Honda and she was also hospitalized.