The California Highway Patrol said the crash happened just after midnight. The 25-year-old driver's Chevy collided head-on with a Nissan on Highway 99 near Avenue 7.

The collision caused a major pile-up, blocking several lanes of traffic. Five vehicles were involved in the wreck, including a big rig.

The 25-year-old woman was pronounced dead at the scene.

"When there is a wrong-way collision, there is always the possibility of the driver being DUI. In this case, it's a little early, and we'll have to wait for the toxicology reports to come back," said CHP Sgt. Lincoln McKenna.

Investigators say no one else was injured in the crash.
Report a correction or typo
Related topics:
madera countycar crashfatal crashwrong waycrash
Copyright © 2020 KFSN-TV. All Rights Reserved.
FATAL CRASH 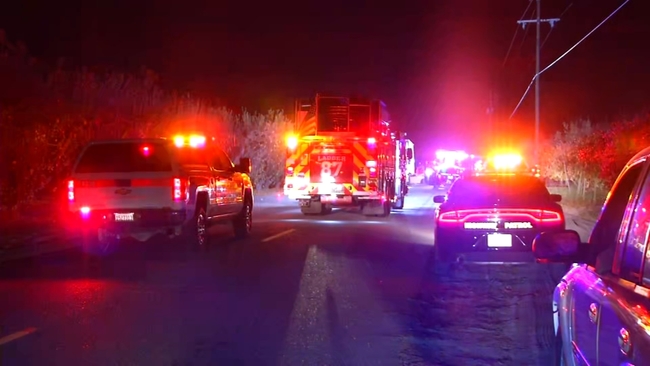