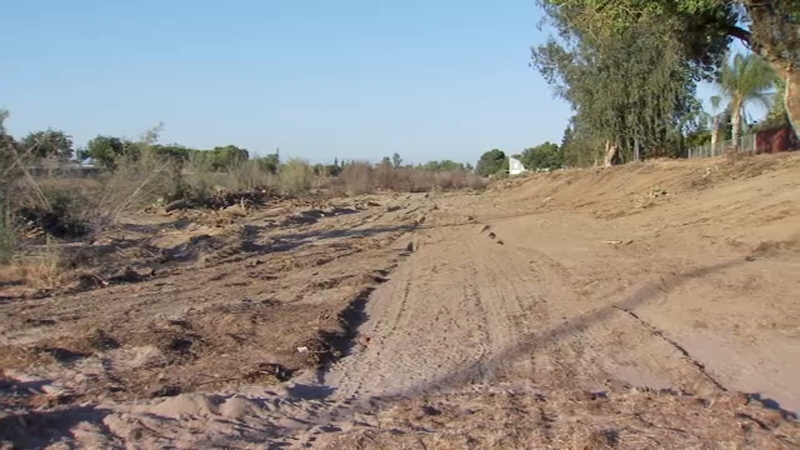 MADERA, Calif. (KFSN) -- It's been two weeks since the destructive fire that destroyed two homes on Riverview Drive in Madera.

Overgrown and dried-up brush caught fire and spread to the homes. People who live along the riverbed say they'd been concerned about the dangerous brush for years.

Since the fire, city leaders have taken action.

"The city has really taken the bull by the horns and come out here," says city manager Mike Varlas. They came out here a couple days after the fire."

Varlas says crews have been out working in the riverbed, clearing out brush and trash every day since the fire.

While the cause of that fire is still under investigation and no arrests have been made, Madera Police are cracking down, increasing patrols of the area and it's led to the arrest of two people for starting other unrelated fires.

One of them was caught because a homeowner installed security cameras facing the river.

"When they clear the brush out, there's no place for people to hide and nothing to burn," Varlas said.

One of the delays over the years was getting permits from the Department of Fish and Wildlife for crews to clear out brush.

Now, Varlas is working under a verbal agreement with the department following the fire.

"That's the community involvement with the police department, with the fire department, the elected officials," says Police Chief Dino Lawson. "Everybody's working on this for outstanding results and we'll continue to do this."

Neighbors Action News spoke with are pleased with the swift response by the city and the continuing effort to keep the area safe.

City leaders know this work will not be done overnight and they'll have to stay consistent to keep the fire risk low.