KFSN
By Vanessa Vasconcelos
FRESNO, Calif. (KFSN) -- The terrifying moments of a man beaten unconscious in a Central Fresno neighborhood were caught on camera.

Deplo Sanchez shared the video he captured with Action News as two homeless men begin swinging at each other. One armed with a baseball bat and the other with a metal rod from a bed frame.

The tables quickly turn when the suspect 61-year-old Phillip Ray Lester gets a hold of the victim's weapon.

"Before officers arrived we had our police helicopter fly overhead trying to get them to stop and drop their weapons," said Lt. Mark Hudson.

When officers arrived, they offered medical aid to the victim and arrested Lester.

He is being held in the Fresno County Jail on assault with a deadly weapon charge.

"I'm glad officers were there because this was a dangerous individual that needed to go to jail," Hudson said.

Lester has been arrested before on several drugs and domestic violence-related charges.

Police conducted a follow up where they learned the circumstances leading up to the fight.

"(Lester) went to the other homeless persons camping area began tearing down his tent," Hudson said. "That's when the victim confronted him and that's when the suspect began striking him with a baseball bat."

This neighbor didn't want to speak on camera but says he was not prepared to see the fight when he came home.

"I saw a man lying on the ground; his head was cut open. There was blood on his head flowing onto the street," the neighbor said.

The victim was taken Community Regional Medical Center with serious injuries. He's expected to survive but may require surgery.

He says though the area is improving this is not an unfamiliar sight.

"Unfortunately this is an intersection for homeless people and drug addicts," he said.

Anyone with information on the incident is asked to call the Fresno Police Department.
Report a correction or typo
Related topics:
fresno centralman injuredhomelessbeatingfresno police department
Copyright © 2020 KFSN-TV. All Rights Reserved.
BEATING 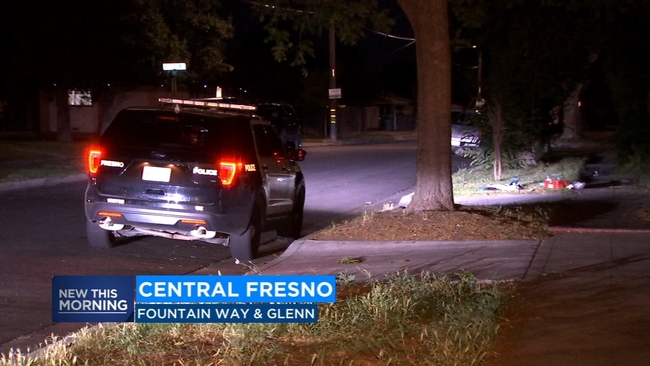