Man dies after he's struck by vehicle in Madera County Man dies after he's struck by vehicle in Madera County

MADERA COUNTY, Calif. (KFSN) -- A man in his 20s has died after he was struck by a driver in Madera County early Friday morning, California Highway Patrol officers say.

The collision was reported just before 3:30 a.m. on Road 37 at Highway 145 in the Madera Ranchos area.

CHP officers say the victim was standing in the middle of westbound Highway 145 when the driver hit him.

He was rushed to Valley Children's Hospital with major injuries and died at the hospital. His name has not been released.

BREAKING: We’ve learned the victim in this mornings accident has died at the hospital. He was standing in the middle of Hwy 145 when he was hit. @ABC30

The driver involved in the crash, a man in his 50s, remained at the scene after he called 911. He told authorities the pedestrian was wearing all black and he didn't see him.

Officers say the driver was on his way to work and was going the speed limit. Alcohol and drugs were not a factor in the collision.

A tow truck was on the scene to take the car away from the area.

The area along Highway 145 remains open to all traffic. 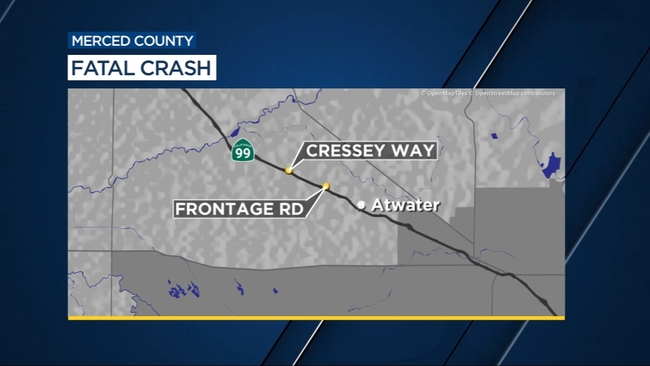 Pedestrian hit and killed by car in Merced County 18-year-old hit and killed by truck driver in Tulare Co.