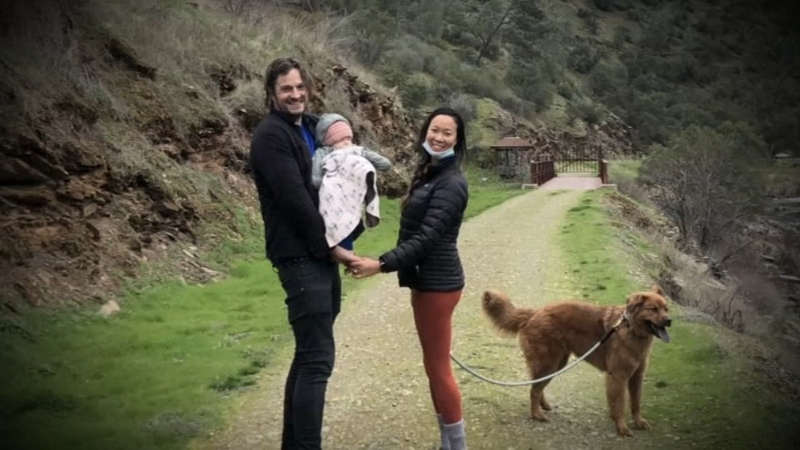 Mariposa County Sheriff Jeremy Briese said the family was hiking in Devil's Gulch Valley. The trail was steep and temperatures were warmer than hikers would likely expect unless they were familiar with it.

Sheriff Briese said 45-year-old Jonathan Gerrish mapped out Hite Cove Trail on an app on his phone, but the program did not show the elevation of the trail.

A witness told investigators they saw the family's truck going toward the trail on August 15, around 8 am. The temperature at that time was 75 degrees at an elevation of about 3,800 feet.

The family walked about 2.2 miles down the trail to an elevation of about 1,900 feet, where temperatures jumped from 92 to 99 degrees.

Sheriff Briese says not a lot of people use this trail during the hottest months.
Partly attributes this tragedy to the family’s unfamiliarity.
The app they saw might’ve led them to believe it would be easier than it is in reality.

After walking a bit further, temperatures in the area jumped over 100 degrees, completely exposed to the sun. The sheriff said the Ferguson Fire had burned the tree cover in the area in 2018.

They made it about two miles. Their bodies were discovered about 1.5 miles from their vehicle.

Sheriff Briese says Gerrish, 30-year-old Ellen Chung, their one-year-old child, died of hyperthermia and probable dehydration. Hyperthermia is when your body produces more heat than it can release, and bodily functions begin shutting down.
He added that heat-related illnesses take time to investigate and are difficult to determine.

The cause of the dog's death has not yet been determined, but officials say its death was likely heat-related.

Jonathan mapped out the Hite Cove Trail on an app, but wouldn’t have know the elevation.
A witness saw the truck going towards the trail Aug. 15 ~ 8am.
Temperature was around 75 at elevation of about 3800 ft.
They walked 2.2 miles down trail down to 1900 ft. And 92-99 degrees.

Authorities say they had been carrying one 85-ounce water container. It was empty, and they had no other water with them.

Water samples from the region were collected as part of the sheriff's office investigation. The results found toxins within the water, but investigators do not believe the family had ingested it.

This is a breaking news update. Stay with Action News for this developing story.