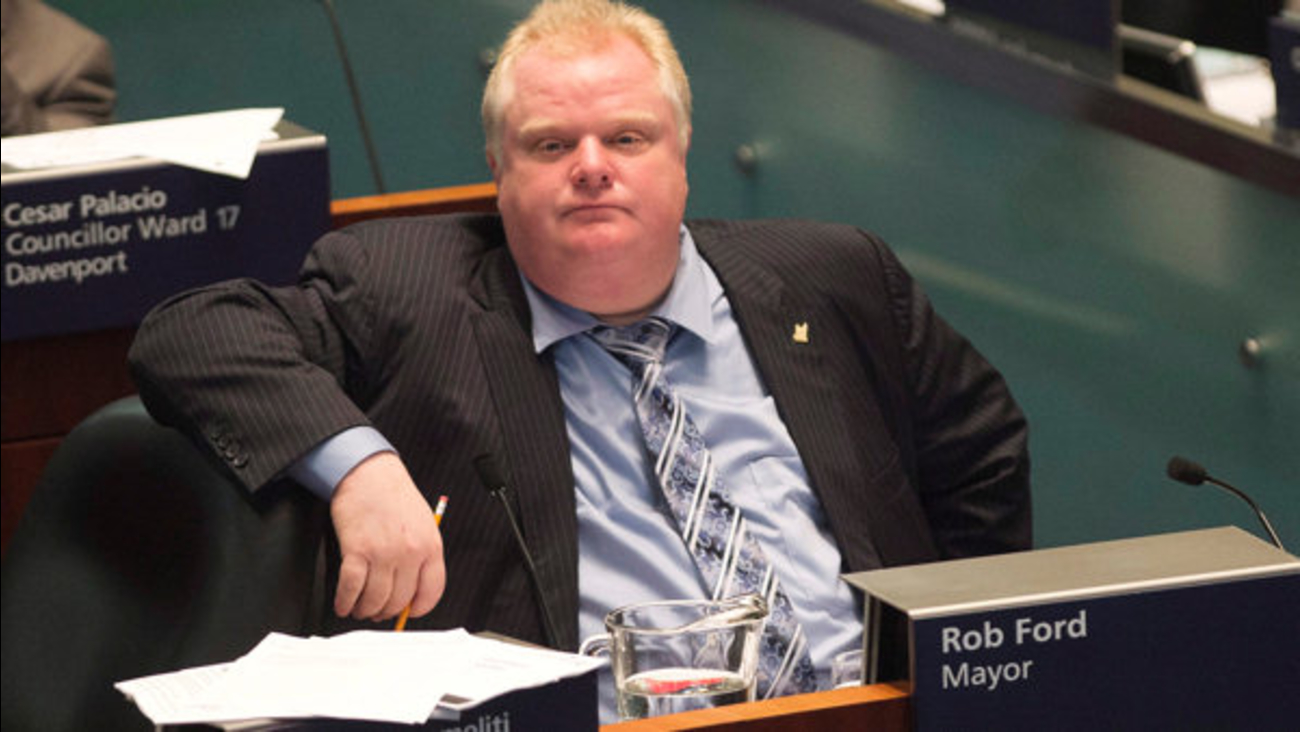 TORONTO -- Health officials say Toronto Mayor Rob Ford has been admitted to a hospital and is believed to be suffering from a tumor.

Humber Regional Hospital said in a statement Wednesday that Ford had been complaining of abdominal pains and that an examination has resulted in a working diagnosis of a tumor.

The statement said Ford had been suffering from stomach pains for at least three months and that they worsened in the last 24 hours.

Ford did not show up at City Hall Wednesday.

The mayor became an international celebrity last year after he acknowledged using crack in a "drunken stupor" following months of denials. Ford returned to work in June after a rehab stint for drug and alcohol abuse.