Conservative author Ann Coulter insists she's coming to Berkeley even though university officials say they can't find a safe venue for her in time.

BERKELEY, Calif. -- Conservative author Ann Coulter insists she's coming to Berkeley even though university officials say they can't find a safe venue for her in time.

Coulter sent out a tweet, instructing the student group hosting her to rent a venue. She's calling it censorship, saying that the university canceled her engagement. The university says it can accommodate a Coulter speech, just not in the time frame event organizers wanted.

"The only way to fix a political divide is with humanization," said Bridge USA President Pranav Jandhyla. "And humanization happens when you're just talking to the people that you disagree with."

A liberal professor spoke Monday and Coulter's talk is planned for next week.

"So I agreed to all of their demands and wake up this morning and see they sent out a letter saying how much they love the first amendment and freedom of speech, and they're so committed to it" Coulter said. "But we're just canceling her anyway."

University officials say they haven't been able to find a venue to host her safely. "They signed an agreement with Ms. Coulter without first checking to see if a venue was available," said UC Berkeley spokesperson Dan Mogulof.

Coulter agreed to the event five weeks ago with Bridge USA paying $3,000 of her speaking fee and a national conservative group spending $17,000.

The university says secure venues for hundreds of people are already booked there and there are threats of violence.

"We need to realize that Berkeley students are not the ones causing the violence," said Berkeley freshman Ola Eju. "There are radicals coming in and we should try to prevent that from happening instead of labeling the students."

Event organizers say they're still working to find a venue for Coulter, perhaps off campus. 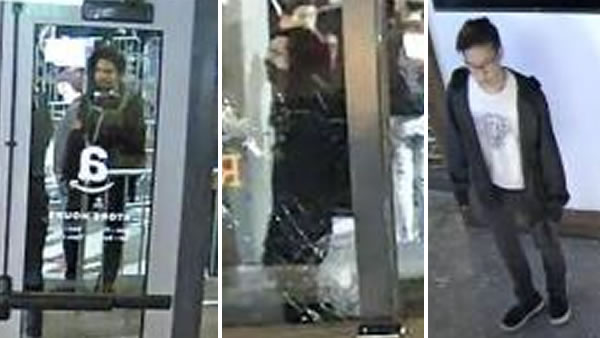 Photos of persons of interest released in Berkeley Yiannopoulos protest