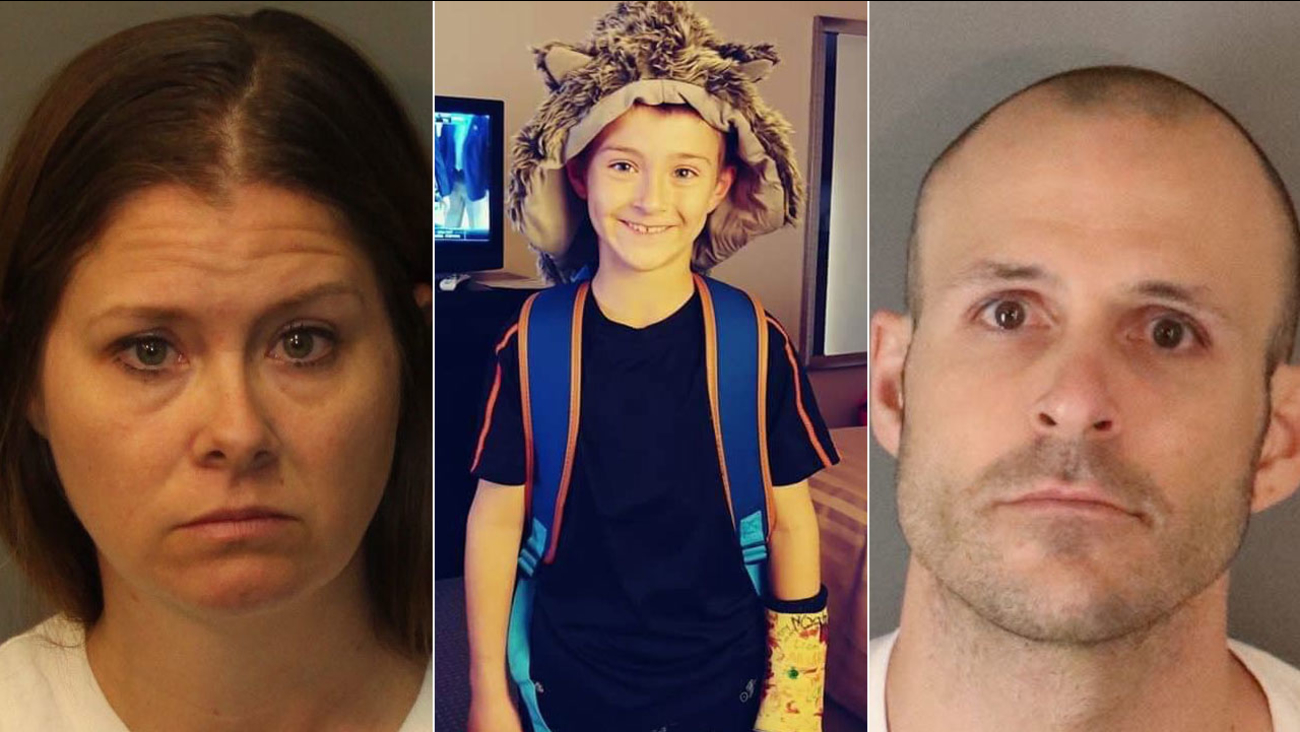 CORONA, Calif. -- Charges have been filed Friday against the parents of an 8-year-old boy in Corona, California, who has been missing for two weeks.

Charges of willful harm to a child were filed against Bryce McIntosh and Jillian Godfrey in connection with their missing son, Noah McIntosh.

An arraignment, where the couple is expected to be formally charged, was postponed to April 8.

The parents of a missing 8-year-old boy from Corona have been arrested on suspicion of child abuse.

Corona police say their investigation began Tuesday when officers spoke with Godfrey and unsuccessfully tried to contact Bryce McIntosh at an apartment.

Officers serving a search warrant at the apartment Wednesday found McIntosh inside with his 11-year-old daughter, but Noah wasn't there.

Detectives then arrested McIntosh and Godfrey. It's unclear if they have attorneys.

If you have any information about Noah's whereabouts, you're urged to contact Senior Detective Mario Hernandez at (951) 279-3659 or email him at Mario.Hernandez@CoronaCA.gov.