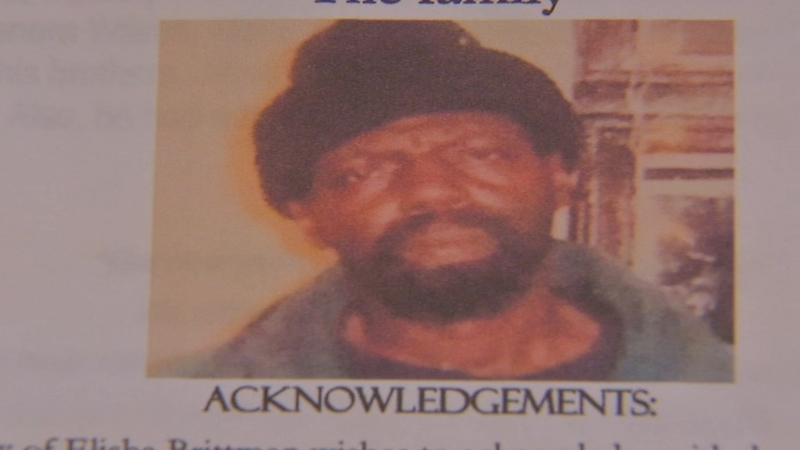 CHICAGO -- Two families at the center of a case of mistaken identity are taking legal action after a man was pulled off of life support by people other than his own relatives.

The families have come together seeking justice and answers after they say both the Chicago Police Department and Mercy Hospital misidentified a dying man. Elisha Brittman was misidentified as Alfonso Bennett and died without his loved ones even knowing it.

"They need to do a check to make sure these police officers out there are doing their job thoroughly," said Samuel Trask Jr., Brittman's uncle.

"I didn't just search for him one day. It was every day," said Mioshi Brittman, his niece.

The families joined forces as they filed a wrongful death lawsuit Wednesday accusing cops and hospital workers of negligence.

"The bottom line is this mistaken identity situation was something we think could have easily been avoided and should have been avoided," said Cannon Lambert, the families' attorney.

Relatives said Brittman was found naked, badly injured, and unresponsive under a car on Chicago's South Side on April 29. He was rushed to Mercy Hospital and listed a John Doe.

A couple of weeks later, the Bennett family got a call from the hospital saying they'd identified Elisha through mugshots and he was in ICU.

"I said, 'Doc, I understand what you are saying but I cannot recognize him as my brother. He was beaten," said Rosie Brooks, Alfonso Bennett's sister.

When the person they thought was their brother showed no signs of improvement, the family approved his removal from a ventilator and eventually moved him to hospice, where he died three days later. It was as they prepared for the funeral that the real Alfonso Bennett showed up at a friend's barbecue.

The Brittman family, who had been searching for Elisha, learned of his death after the deceased man was fingerprinted at the morgue. Through their pain, they said they want to prevent this from ever happening again.

"It just brought a lot of trauma to the family, the Brittman family and the Bennett family," said Tracy Brittman, Elisha's nephew.