This makes Her the highest ranking Hmong K-12 professional in the country.
KFSN 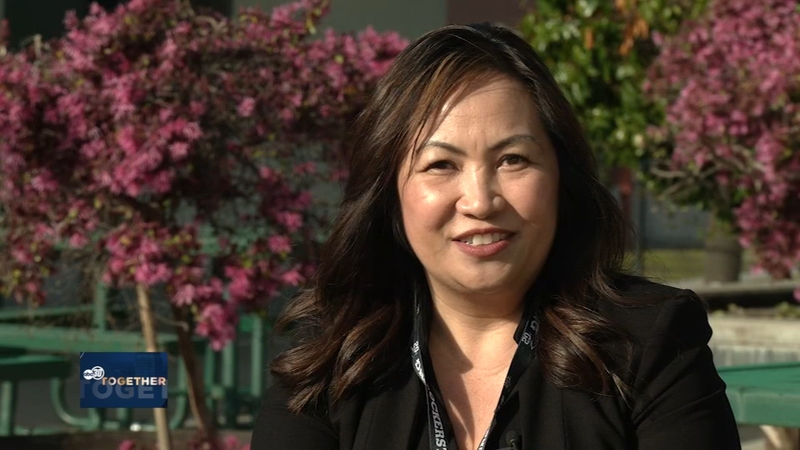 "This was the first school that I went to," said Misty Her. "I enrolled in first grade here, and had only been in the country for about two years and we didn't speak a single word of English."

She attended elementary, middle, and high school with Fresno Unified, and has now been named Deputy Superintendent of the district that helped mold her.

"I want to give back to the district that has given so much to me, and not just that, but I felt like there was a calling for me to be here," said Misty Her.

This makes her the highest ranking Hmong K-12 professional in the country, a title she doesn't take lightly.

"I feel like I can't fail anybody. And I feel like there's no room for mistakes. But I also feel like someone has to go there, because if no one goes there, then the path will not be paved...when I think about the enormity of it, I take a deep breath and I go, 'Wow, and it's gonna be okay, because I work for a great district, and I have really awesome that people that work around me, and I get to be with kids'!"

Misty and her family immigrated to the US in 1980. Her father was a soldier in the Laotian Civil War, also known as the Secret War. He feared staying in Laos after fighting alongside the United States. If he stayed, he expected to be sent to a communist re-education camp where many people were killed. In the dark of the night, the family fled to a refugee camp in Thailand, then made their way to Garden Grove in Southern California, and finally to the Central Valley.

"My parents decided to move here because of the rich agriculture that they had heard about and they wanted to pursue farming," she said.

Her parents eventually became custodians at Fresno Unified campuses for more than 30 years.

"My dad said something to me, and he said, 'you know, who would have thought that someday, a custodian's daughter would be the superintendent."

Growing up, it was hard for Misty to find role models who looked like her.

"There shouldn't be firsts anymore. I just truly believe that people should have people that they can look up to that looks like them," said Her.

After graduating from Fresno State, she was determined to return to this district and make a difference. One of her priorities is hiring people who mirror the student population.

"Diversity is something that we really value as a district. There's been various things that we've done over the years with the investment in our dual language programs, ethnic studies. It's about making sure that when all kids walk on to our schools they see themselves in their schools and they can look around and go, 'I belong here'."
Report a correction or typo
Related topics:
societyfresnoeducationsocietyfresno unified school districtdiversityrace in americarace and culture
Copyright © 2022 KFSN-TV. All Rights Reserved.
RACE AND CULTURE
Emmett Till, his mother to be awarded Congressional Gold Medal
PG&E employee alleges discrimination in lawsuit
Local organization raises $50,000 to support 5 Latino nonprofits
Swimmer's record sparks conversation on transgender women athletes
TOP STORIES
Loved ones grieve for Missy Hernandez at Fresno vigil
Tax filing season starts Monday. What to expect for 2022
Fresno's famous 'dancing teacher' appears on Ellen Show
5 tax changes that can boost your refund this year
Man hospitalized after shooting in northwest Fresno
Suspect opens fire at birthday party full of teenagers in Clovis
Fauci optimistic omicron will peak in February
Show More
Rescuers use sausage dangling from drone to lure runaway dog to safety
Arnold Schwarzenegger involved in multi-vehicle crash
Deputies investigating armed robbery at Tulare Co. convenience store
President Biden appoints Fresno leader to head USDA post
How a 73-year-old grandmother outwitted a scam artist
More TOP STORIES News