Snakes and lizards rescued from house fire in Texas 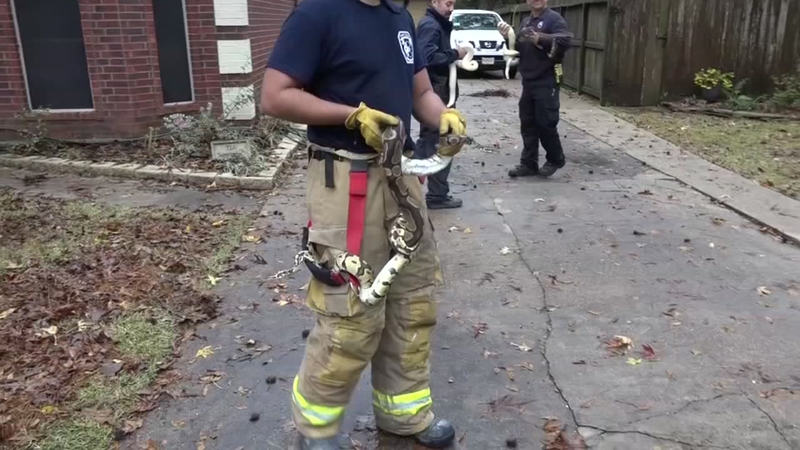 CONROE, Texas -- Several pythons and boa constrictors managed to survive a massive house fire, thanks to quick-acting firefighters who worked to get them out.

The home, located in the River Plantation community, caught fire on Saturday morning and may have possibly been caused by a Christmas tree located in the living room on the first floor.

When crews arrived on the scene, they discovered several snakes in cages in an upstairs bedroom.
"A dog or a cat, that's one thing," said Lieutenant Bobby Matthews with the Caney Creek Fire Department. "But a snake, that's a whole other animal."

The reptiles were inside glass cages built into the wall and managed to work with the homeowner to get them out.

Five to six-foot pythons and boa constrictors were among some of the snakes that were rescued, and according to the homeowner, those reptiles are now being boarded at a facility in Magnolia.

The rescued snakes are expected to be okay.

"The guys that like or don't mind handling the snakes didn't mind doing it," Lt. Matthews said. "They were more than willing to help the homeowner and the fire marshal get them out."

In addition to the snakes, two dogs also managed to escape the home., but several other reptiles were not as lucky.

Nobody was home at the time of the fire and the homeowners say they are grateful to the firefighters for helping to rescue some of their pets.