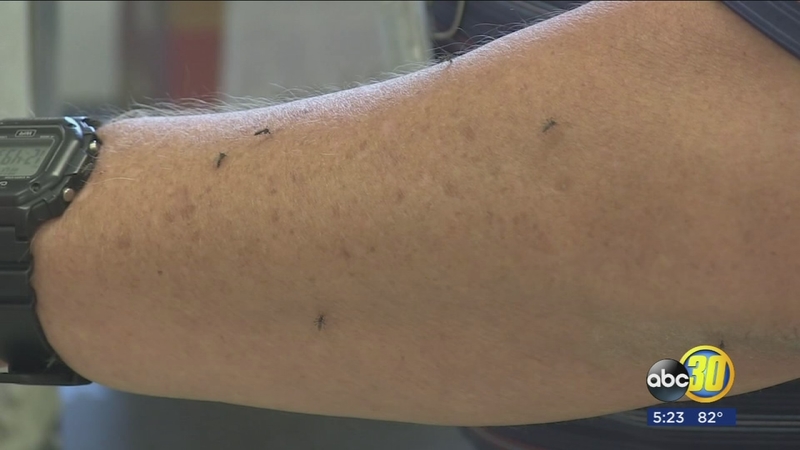 Fresno, Calif. (KFSN) -- Mosquitoes buzz around, hoping to dine on you whenever and where ever they can. But they are more than just a nuisance.

"Mosquitoes are the most dangerous creature on the planet and they transmit a number of different diseases," said Joseph Conlon, American Mosquito Control.

Including West Nile, which is different forms of Encephalitis and the Zika Virus.

"I don't think before that Zika that people really realized in the United States how dangerous it could be," said Dan Kline, USDA Research Entomologist.

While sprays with DEET can help protect from bugs outside, there are new plug-in devices meant to trap mosquitoes inside.

Some devices claim to attract bugs with light, some lure with carbon dioxide--others with ultrasonic waves. Experts, however, believe bugs are still likely to choose people over current technology. Conlon says a plug-in might work if no one is in the room.

"I think they've got some promise, no question about that. But the state of the technology right now isn't such that they're going to solve your problems," said Conlon.

Some devices can take weeks to see maximum results. But we plugged in several for a single day just to see what would happen. One, in particular, the "Dynatrap", nabbed several mosquitoes.

Conlon says indoor traps may be an extra step but are not the first line of defense.

"The downside is that if you put too much faith in these things, you might not do other things are even more important," Conlon said.