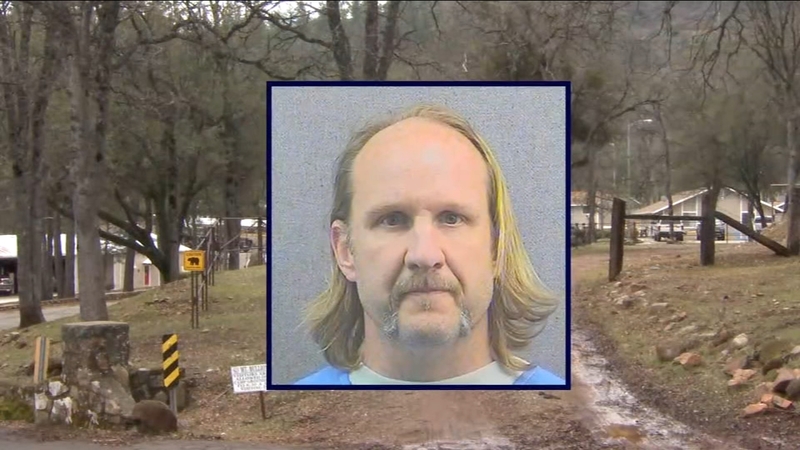 MARIPOSA, Calif. (KFSN) -- The California Department of Corrections and Rehabilitation officials are looking for an inmate who walked away from the Mount Bullion Conservations Camp in Mariposa County.

CDCR officials say 46-year-old Joseph Speakman was last seen Friday around 3:15 a.m. during an inmate count. Staff discovered he was missing about an hour later and immediately began to search the camp.

Speakman is 6 feet one inch tall, weighing 221 pounds with blue eyes and blond hair. He was received by CDCR in June 2018 from Santa Barbara County to serve a four-year sentence for vehicle theft.

Neighbors in the area on edge.

Kevin Keheley has lived here on the other side of the hill from Mount Bullion for 20 years.

It's a quiet subdivision where there's rarely any problems.

On a Friday morning he got an alert that this inmate walked away from the camp.

"It's very concerning - we consider this a safe neighborhood. We live here," said Keheley. "It's a little scary. I hope they get him quick."

"Being this close I certainly will be a lot more careful, make sure everything is locked and make sure there are no around keys," he added.

Crews spent the day carefully walking through the camp looking for any signs of Speakman, trying to figure out which direction he went in.

Keheley says these inmates hike the area often training for wildfire season, which he thinks would make the trek easy.

"They hike these hills. They pack gear, they pack hoses. They pack tools yea this is nothing for them. They are used to it," he said.

The CDCR says since 1977, 99 percent of the adults who walk away from these camps are found.