Man survives after being pushed, hit by Muni train in San Francisco 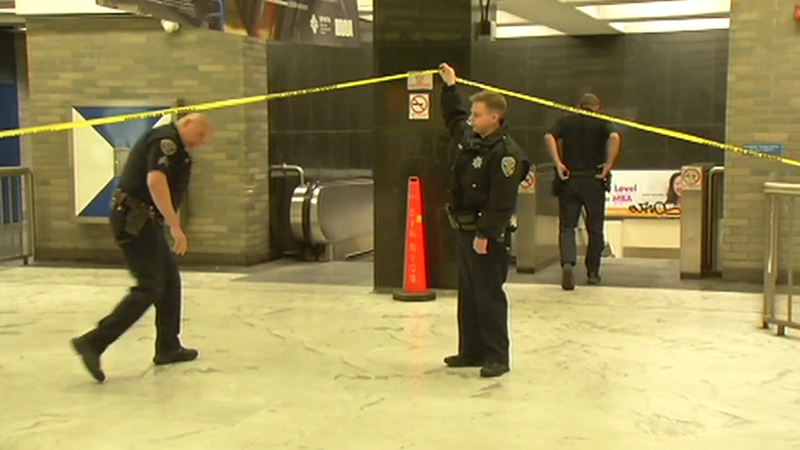 SAN FRANCISCO -- San Francisco police are searching for a suspect accused of pushing a man in front of a Muni train during a fight at the Civic Center station Sunday night.

The man survived and is hospitalized with a head injury.

Police say they have surveillance video from the platform that they hope will answer their questions.

The man was allegedly pushed so hard he broke a window on the side of the Muni train when he hit it.

"I come up the stairs and there's a window, looks like somebody took a sledgehammer to the driver's side window. Whole train's clear. They were interviewing one guy and there's a bunch of cops all around it," Elliot Fox said.

"During the altercation someone was pushed into the side of train where they suffered head injury and was transported to the hospital," Muni spokesperson Paul Rose said.

Investigators say two men were fighting on the platform at the Civic Center Muni station at 9:00 p.m.

The man got away and Muni officials say they don't know why they were fighting.

"I haven't seen the video and it was handed to police department and we do know someone was either pushed or shoved into the side of train," Rose said.

Passengers say it is upsetting to think about this happening here.

Police say the victim was taken to the hospital with critical injuries, but doctors were able to get him to stable condition overnight.