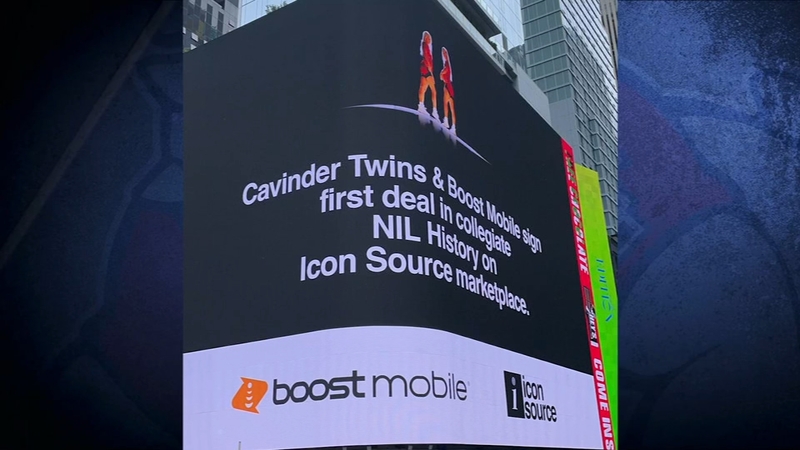 The twins made the announcement on Instagram Thursday. They flew to New York to sign their first major endorsement deals.

Both were pictured holding the Six Star product and a dollar bill, which Haley Cavinder said, "The dollar we're holding symbolized the first time STUDENT athletes have had the opportunity to be financially compensated for their names, image and likeness and I couldn't be more excited for that to happen!"

Last week, the Supreme Court ruled in favor with former athletes in their dispute with the NCAA's rules limiting certain compensation. The NCAA has since cleared collegiate athletes to make profit from their name, image and likeness.

The current NCAA ruling is only temporary until federal legislation or new rules are adopted.

College athletes are considered amateurs and until this most recent ruling, could only receive compensation in the form of scholarships and school-related expenses.

But players have long advocated for financial benefits related to their athletic ability.

RELATED: NCAA to let student-athletes earn money from use of name, image

The twins have 3 million followers on TikTok and were at the top of the list for most profitable college athletes.

The twins helped lead Fresno State to the WNIT in 2021. Completing their sophomore campaigns ranking top-three in scoring in the Mountain West Conference.

This past season Haley Cavinder was named the Mountain West's Player of the Year. She was the third sophomore in the league's history to be awarded the title.