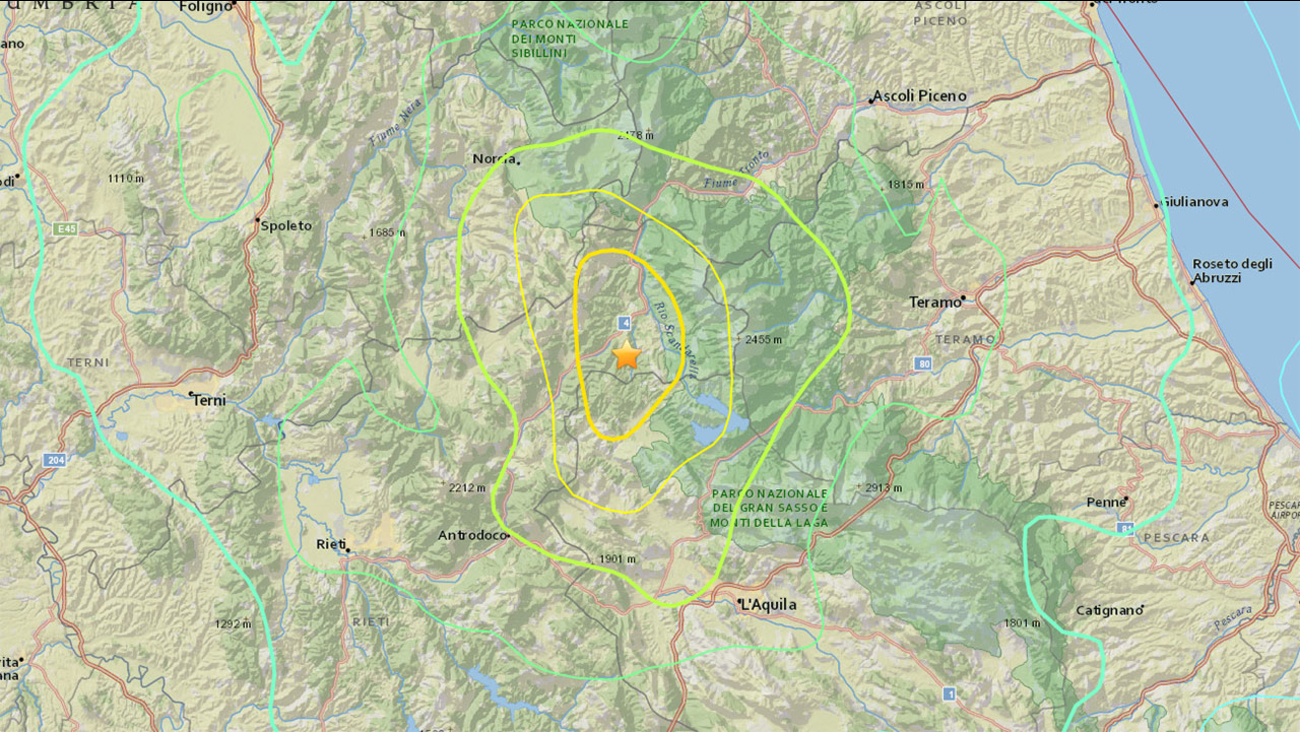 The civil protection agency said that they were working to get rescue vehicles to the Hotel Rigopiano through roads covered in snow, joining initial rescue efforts overnight by alpine rescue teams. The ANSA news agency quoted a rescuer as saying that there were fatalities, but details weren't immediately available.

Italian media said that the avalanche covered the three-story hotel in the central region of Abruzzo on Wednesday. The hotel is about 45 kilometers (30 miles) from the coastal city of Pescara. Earthquakes hit the region on Wednesday, including one with a 5.7 magnitude, but it wasn't immediately clear if the temblors triggered the avalanche.

Mountain rescue teams reached the hotel by skis around 4 a.m. (0300 GMT), SKY TG24 reported. Video footage showed rescuers with shovels digging through a wall of snow, and at least one man being led through the cleared path. An ambulance was blocked several kilometers from the hotel, according to SKY.

ANSA quoted rescuers as saying they have been calling out to survivors but no one has responded.

The mountainous region of central Italy has been struck by a series of quakes since August that destroyed historic centers in dozens of towns and hamlets. A deadly quake in August killed nearly 300, while no one died in the strong aftershocks in October largely because population centers had already been evacuated. In the meantime, the entire region has been hit by cold weather and buffeted by snowstorms, piling more suffering on to the hard-hit population.

People left homeless by the earlier quakes had been moved to hotels in the region, but it wasn't immediately clear who was staying at Hotel Rigopiano, which is located in the Gran Sasso National Park.
Related topics:
earthquakeavalancheu.s. & worldmissing person
Copyright © 2020 by The Associated Press. All Rights Reserved.
U.S. & WORLD

Fauci reveals when he thinks life will return to normal