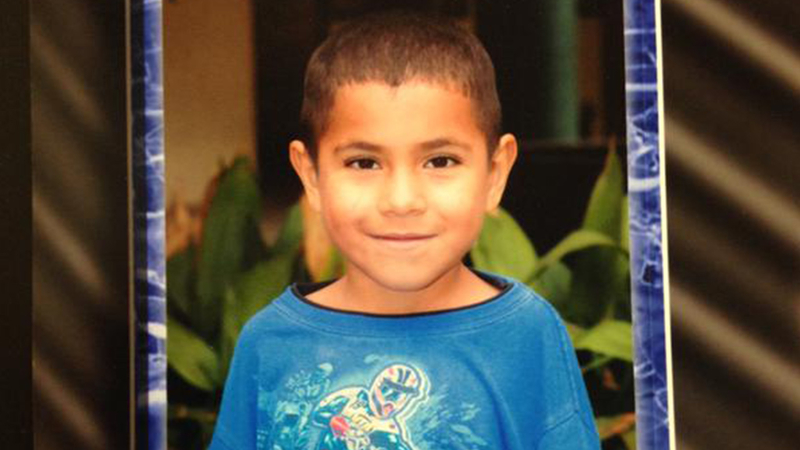 KERMAN, Calif. (KFSN) -- A frantic two hour search for a boy ended tragically as his lifeless body was pulled from the water near Skaggs Bridge Monday night.

"Even until right now, every time I close my eyes that's all I see is him in the water," said Joe Luerra, who says he pulled 6-year-old Freddy Lopez out of the water at around 9 p.m.

Lopez had gone missing two hours earlier and a large group spread out and searched the San Joaquin River near Skaggs Bridge.

Luerra says the boy's entire body was submerged underwater and his feet were stuck in the mud. The Fresno County Sheriff's Office says that's one of many potential hazards in this area.

"It's very sandy, even muddy in some spots," said Tony Botti with the sheriff's office. "So you take a child for example, maybe their feet get wedged in that mud."

Luerra handed the boy's body to his friend, who laid him ashore.

"I just brought him with all my faith and put him on the ground hoping he would come back to life," Santiago Williams said.

The sheriff's office is calling his death a tragedy that could have been prevented with a life jacket. They say the river, from drop-offs to strong currents, is dangerous-especially for children. They say that parents must always watch them in the water.

"You may trust your kids and whatnot, but that's not the point, it's that the river itself is dangerous," Luerra said.

Luerra says he'll be watching closely too. He doesn't want to see anything like this again.

Fresno Unified School District confirms Lopez was a student at Hidalgo Elementary School.
The sheriff's office also wants to remind families to avoid swimming at night. They say you can easily lose your sense of direction and can't see hazards in the water.