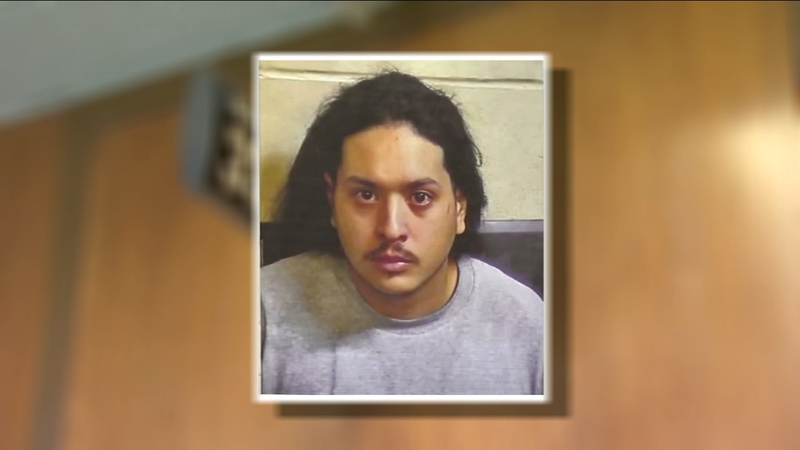 FRESNO, Calif. (KFSN) -- The man charged with killing Nick Kauls in Old Fig Garden's first murder in 83 years is now also accused of a robbery a month before the killing.

Joseph Espinoza had no criminal history before deputies arrested him for the murder. Now he has two serious felony cases and they're both connected to the same friend, who's now missing.

Nick Kauls' death won't be forgotten. A granite bench is a permanent reminder of the San Joaquin Memorial student placed at the scene of the crime that stunted his life.

Prosecutors haven't forgotten either. They charged Joseph Espinoza with the murder, and they're spinning a web around him.

Police could get help from his inner circle. Sheriff's detectives say when Espinoza killed Kauls in the middle of a string of shootings and attempted robberies, he was trying to raise bail for Jose Figueroa.

Fresno police had caught them together in a hotel with meth and guns, but they only arrested Figueroa.

He eventually bailed out on his own and Wednesday, he skipped court on the weapons charges.

"Unfortunately I've had no luck in contacting Mr. Figueroa to determine his whereabouts this morning," his defense attorney Antonio Alvarez told the judge in the case.

Police in San Luis Obispo County arrested Figueroa for auto theft since he bailed out of jail, but he's not in jail there.

And now Clovis police have a warrant out for his arrest for a robbery at the Burger King on Herndon and Clovis a month before Kauls was killed.

In a warrant Action News uncovered, investigators say Figueroa and Espinoza were together again, armed with handguns, and came into the restaurant when employees had the safe open.

They say Espinoza's girlfriend worked at Burger King and helped them set it all up.

They arrested Veronica Delatorre Wednesday afternoon and Torres says they could squeeze her for information about the Kauls murder too, especially if she was more than a passive participant in the robbery.
Report a correction or typo
Related topics:
fresno fig gardenmurderfatal shootingrobbery
Copyright © 2021 KFSN-TV. All Rights Reserved.
MURDER