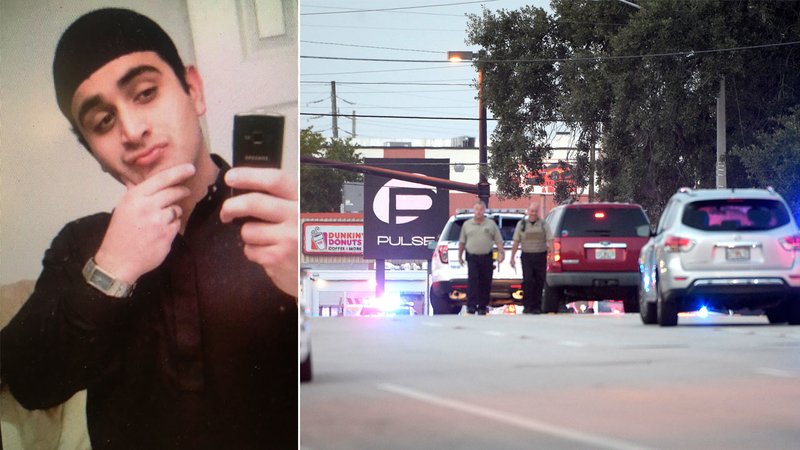 The man, who wore prosthetic makeup and a wig to hide his identity, told Univision he was Mateen's lover for two months.

He stated Mateen was upset when another man Mateen had sex with revealed he was HIV positive, possibly exposing Mateen without warning him.

The man said Mateen was adamant that his father could never find out about his homosexuality. On Tuesday, Mateen's father told ABC News his son has been buried in Florida.

Sources told ABC News the day before the shooting that three plane tickets were purchased for Mateen, his wife and his child to fly to San Francisco.

U.S. Attorney General Loretta Lynch paid tribute to the 49 victims killed in the attack and pledged $1 million to help cover the costs of overtime and counseling for law enforcement who responded to the scene.

"I am so inspired by the strength and the resilience of the survivors and their loved ones," Lynch said.

On Capitol Hill, one day after the U.S. Senate shot down gun control legislation, a bipartisan group of senators unveiled a compromise bill.

In it, those on the terror watch list and TSA no-fly list would not be able to purchase a firearm, but there would be a legal mechanism for them to appeal that.