A group pulled up in four vehicles at the July 10 event, and shot and stabbed three people, the sheriff's office says.
KFSN 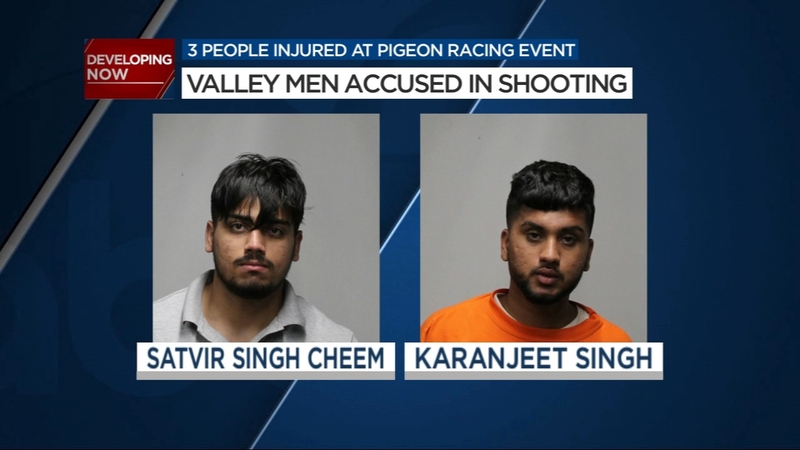 FRESNO, Calif. (KFSN) -- Two men from the Central Valley have been arrested for allegedly shooting people and stabbing them with swords at a pigeon racing event 8 days ago.

Sutter County Sheriff's officials say Fresno resident Satvir Singh Cheem and Selma resident Karanjeet Singh were part of a group of attackers who arrived at the July 10 event in the town of Robbins.

The group pulled up in four vehicles, carrying handguns and swords, and shot and stabbed three people at the event, the sheriff's office says.

Officials have not yet released the victims' identities. Detectives say the attack was retaliation in an ongoing dispute that was sparked at a previous pigeon racing event.

Anyone who has information about the case is urged to contact the Sutter County Sheriff's Office investigation unit at (530)822-2310.