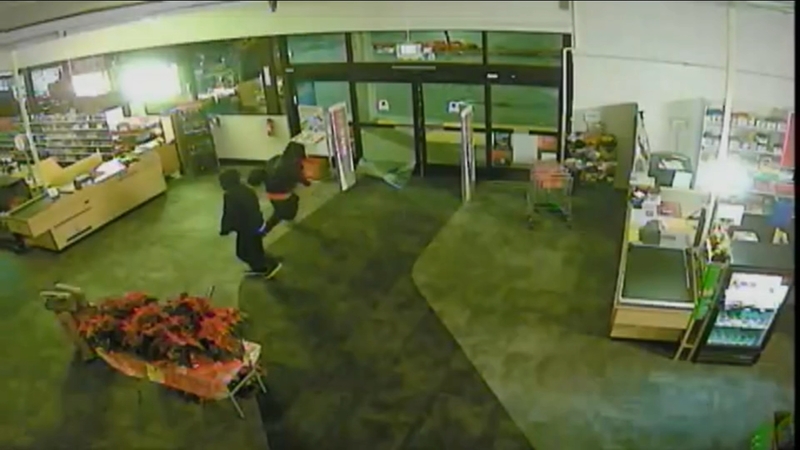 FRESNO, Calif. (KFSN) -- Fresno Police believe they have a burglary ring on their hands.

The targets? More than a dozen drug stores so far - including two on Thursday morning.

The break-ins are happening at different stores throughout the northern portion of Fresno. Officers say the suspects are so fast that they've always been able to get away before officers arrive.

But during one of the burglaries this morning, officers got a good picture of the pair.

Since prescription drugs are involved, investigators are also enlisting the narcotics team to help solve this crime. One of the crimes also happened in Clovis.

One thing detectives have noticed - the burglars prefer to hit near the end of the week.

"I've noticed that the trend is sort of toward the weekend so maybe people are looking to party it up are loading up on the cough syrup before that," said Fresno Police Department Captain Mindy Casto.

During a majority of the break-ins, the thieves are getting away with the highly sought-after prescription syrup Promethezine. But when they can't get it fast enough, officers saw they grab other sought-after items before making a run for it, such as cigarettes.

Detectives are notified of the crimes once alarms are set off but it's hard to catch the suspects - from start to finish, each heist has been about 2 minutes total in length.

This surveillance video shows a break in at the CVS on Cedar and Herndon in mid-December. Officers say the duo favors bigger pharmacies - like CVS, Walgreens and the Walmart Neighborhood Store.

Investigators are now analyzing surveillance video - as they work to identify the suspects. It's unknown if they are armed. Officers are also working to figure out if they are driving away or have another accomplice.