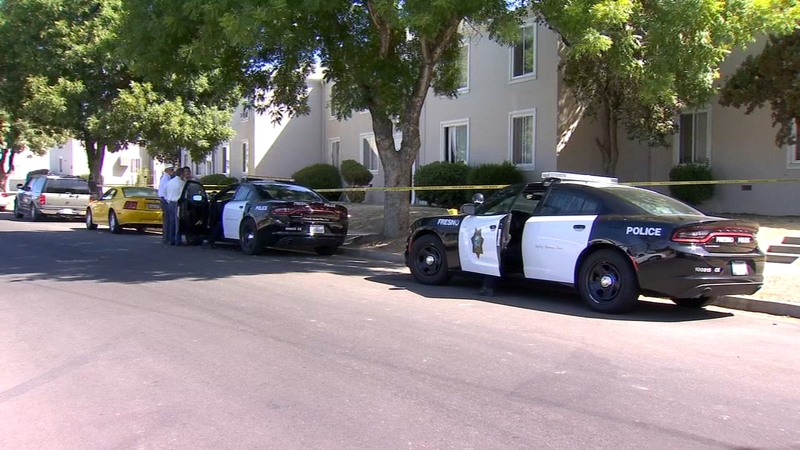 FRESNO, Calif. (KFSN) -- It took a search warrant for Fresno Police to get inside the bottom floor apartment at a central Fresno complex for a better look at what turned out to be a crime scene.

Officers got the call Tuesday morning to about a foul smell coming from the complex.

"The victim may have been the victim of a shooting. that's all we have so far," said Capt. Phil Cooley.

Officers got the warrant signed and just entered the apartment through a window. Still waiting to hear more about the circumstances. A relative of the man who lives in the apartment just showed up to the scene and is crying hysterically. pic.twitter.com/8alCo6kIJ3

Family members have identified the victim as 41-year-old Harvey Herring, who was last seen by neighbors over the weekend.

So far, detectives won't say if there's any sign of forced entry, but the front door of the unit was locked. Neighbors say the man they knew as JT and Cap was well-liked with a generous heart.

"Walking out the door this morning and seeing the tape go up and hearing that he was laying in there dead was devastating for the entire neighborhood," said neighbor Michele Giese. "Anyone that knows him has been in tears."

"I know that he lives there, I've been to his house before and borrowed coffee matter of fact. He had a nice clean house, for a man, a bachelor if you want to call it that," said Stephanie Williams, one of the victim's neighbors.

Family members say Herring loved his family, especially his two-year-old daughter who spent a lot of time with him. Tuesday distraught family members showed up at the complex once they heard about the discovery.

Officers scoured the area looking for any surveillance cameras or witnesses who may have seen or noticed anything suspicious. Officers won't say what part of the apartment the victim was found in.

Detectives say it will take an autopsy to determine a time frame of when the victim was killed.

One neighbor did report hearing shots outside her apartment. Another recalled several rounds of gunfire Sunday morning.

No one ever suspected a homicide. Herring's death was taken especially hard because of his generous heart for those who were in need.

"We have people going down the road going through our trash all the time. He would come out, give them food, give them water. Give them his recyclables. Just a person who would do anything for anybody," said