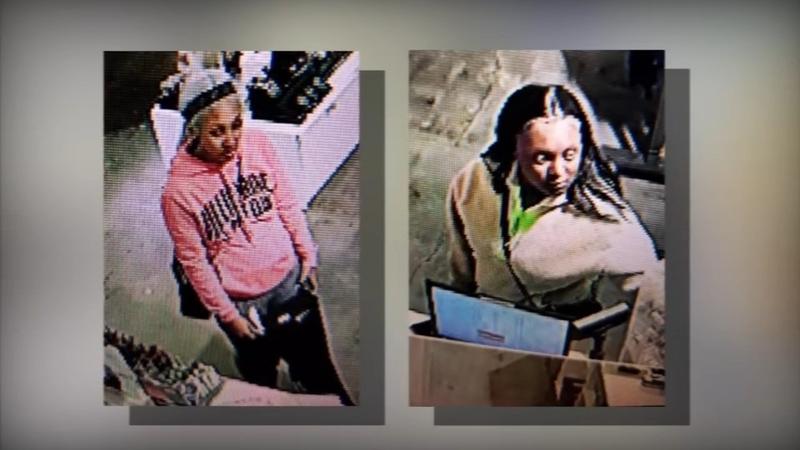 Authorities say the suspects have struck at least five times in just the past few days.

Investigators say the suspects have been targeting elderly women by asking for help with something in the store to distract them before stealing their wallets.

The victims are then left without their money, credit cards, ID, and all of the hardships that come with that.

Now police are hoping surveillance video will help them put an end to this holiday crime spree.

A still frame from a surveillance video shows one suspect with her hand in a woman's purse while another distracts the victim.

Merced Police say the two thieves have used this technique to target at least five elderly women since Sunday.

"The ladies are actually trying to be helpful and trying to assist these suspects that we have, and they turn around and the next thing they know their wallet is missing," says Sgt. Tony Aponte.

Aponte says the thefts have happened at stores throughout the city.

"We've seen it actually occurring at Joann's Fabrics here in Merced, Save Mart, and Raleys."

Once the suspects have the wallets, they quickly head to other stores, including Rite Aid and Walgreens, to buy hundreds of dollars' worth of gift cards and other items before the victims have a chance to cancel their credit cards.

"It's so difficult. The credit card companies have a lot of requirements for credit card theft and misuse of credit cards, and you have to follow all those guidelines or you're responsible as well," says Scott Dover, the owner of Envy Fine Clothing.

Dover and his wife own Envy Fine Clothing stores in five locations, including Merced and Atwater. He's also a retired sheriff's sergeant who trains his employees to be on the lookout for anyone trying to steal from the store or their customers. He hopes these suspects will be caught before they can take advantage of anyone else this holiday season.

"It's nice to see the police department put that information out to the public, that's exactly what we like to do. We share with the community and other business owners, and hopefully there aren't other victims out there because of it."