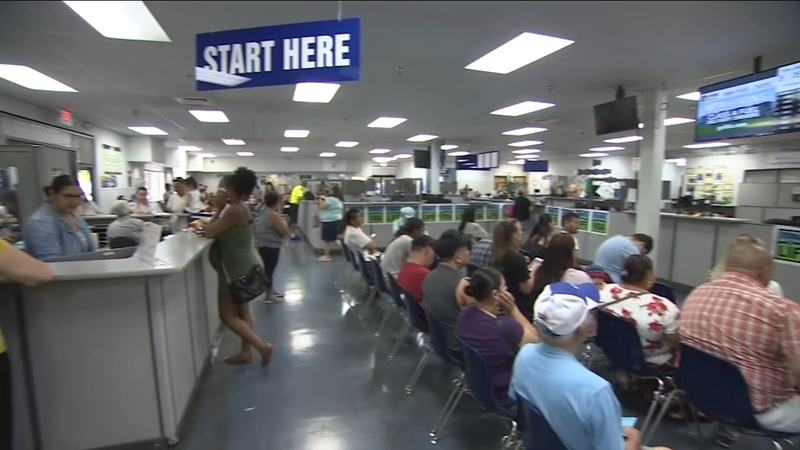 DMV may have botched 23,000 voter registrations

FRESNO, Calif. (KFSN) -- If you received or renewed your driver's license between April 23 and August 5, you may want to double-check your voter registration status. Thousands of people around the state had their voter information inadvertently changed.

A Fresno woman accidentally had her political party preference changed during a recent visit.

The Department of Motor Vehicles says agency technicians may have botched about 23,000 Californians' voter registrations under the state's new "motor voter" law, according to a letter Wednesday from the department.

The DMV says it has installed new safeguards and software to prevent it from happening again.

Fresno County Clerk Brandi Orth said her office has only received a handful of calls regarding the issue. She didn't think it will have a significant impact locally.

Orth said, "It's hard to tell. Probably not much in the scheme of things. I mean when you talk to the big counties, about LA county or Orange or San Diego and you get down to our size, maybe not so much."

After renewing her license, a Fresno woman was notified her political party registration had been changed to No Party Preference. Her husband Neal Lehman told us the on-screen renewal process at DMV can be confusing.

Lehman said, "I visually could see where people could, if they're not really paying attention, you could get led into that and get it changed unintentionally ."
The DMV reported errors affecting party affiliation, language, and vote by mail options occurred between April and August when, "DMV technicians had more than one customer record open on their computer screens at the same time, and those records were inadvertently merged."

With the November election approaching, Orth said it is a good idea to double-check on your voter registration information.

The California Secretary of State also offers the online "My Voter Status" tool for any county in the state.

Assemblyman Jim Patterson (R-Fresno) believed problems concerning voter registration, as well as long wait times, showed an audit of DMV was needed. Patterson had pushed for the review, but his proposal was voted down in Sacramento.

Patterson said, "This now calls into question whether or not their incompetency is actually having a direct effect on the individual trustworthiness of people's registration when they go to the DMV."