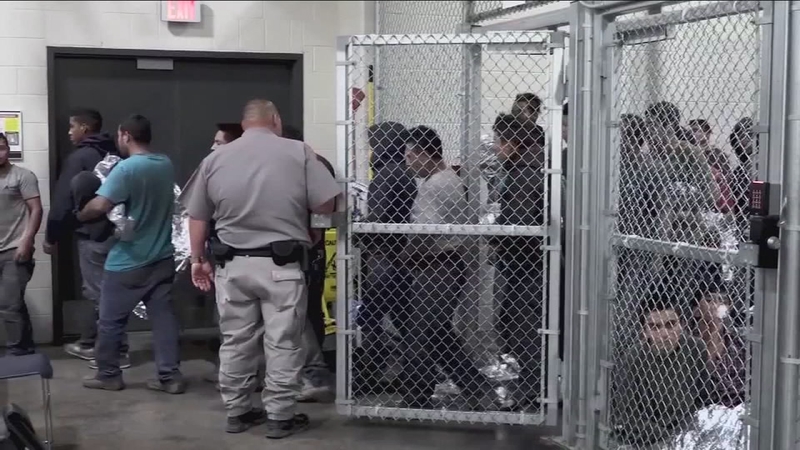 FRESNO, Calif. (KFSN) -- The public outcry has been growing over the separation of children and parents at the US-Mexico border. More lawmakers on both sides of the aisle agreed it was important to keep the families together.

Two Fresno organizations have been helping the children get through a tough time.

Kids become separated from their parents as they're picked up at the border. Adults are sent to federal detention centers while children eventually wind up in shelters.

Santos explained, "It's a very difficult situation. In fact, it brings up a lot of due process violations. Many of these kids may not know the full story of their asylum case."

Santos represents 40 children through the Fresno office of KIND, or Kids In Need of Defense. Actress Angelina Jolie co-founded the group.

Santos had kids as young as three trying to navigate immigration court. She said, "In the case where I was explaining my client who was three years old, He has an older sibling, and she is eight years old, and so then I'm able to speak with the eight-year-old and talk about her case."

KIND now has a waiting list for new clients.

The Pan Valley Institute of the American Friends Service Committee is a Fresno non-profit which works to create a safe place for immigrants. Program Associate Minerva Mendoza said, "We have heard of cases where children arrive without any records. How are we going to get them back to their parents? Our hope is that President Trump does something about it. He has the power to stop what's happening."