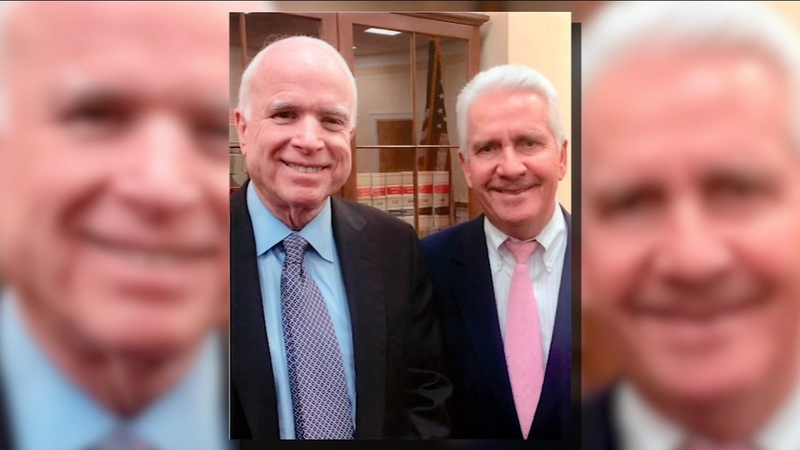 "The fact of the matter is we've lost a real American hero, a patriot, a person who really reflected the American values," said Jim Costa.

He says he first met McCain back in 2006 when they spent a week in Antarctica looking into scientific research.

"It was an incredible trip and you get to spend time together and get to establish a relationship over the years. We've worked together on various issues," said Costa.

Costa says he last saw McCain last year before his glioblastoma diagnosis and describes the Vietnam War veteran as a reflection of the true American spirit and a guiding light for all Americans.

"He was a role model. He talked about the fact we can agree to disagree and still work together. He understood the art of political compromise and that's why he was such an effective senator because he understood you had to bring people together," said Costa.

Bill Jones was the California campaign chairman for John McCain during the presidential election back in 2008 when he ran against Obama, his daughter also worked closely with the senator as his press secretary for years.

"John was always known as a maverick, but first and foremost I think we've lost a patriot, an individualist, duty honor country," said Jones.

Jones says they were on a train working together when McCain received a melanoma diagnosis but it did not hinder what he wanted to accomplish.

"He's had a lot of tough breaks in his life prison north Vietnam he looked at that diagnosis went out did his speech like nothing happened," said Jones.