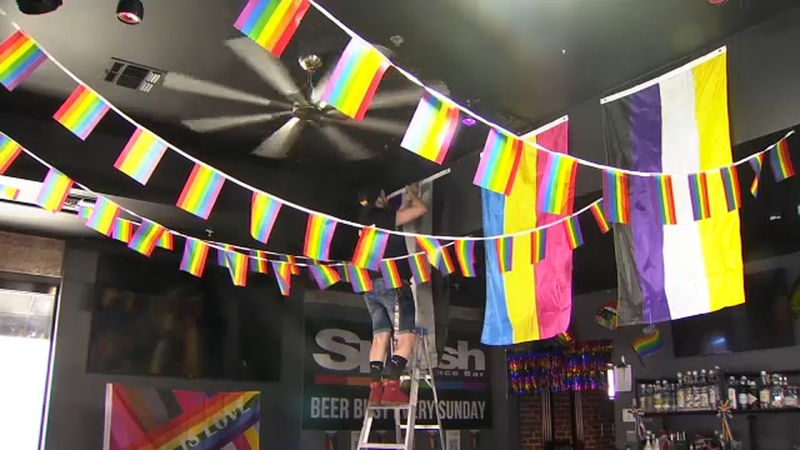 But soon, Olive Avenue will be transformed into a celebration of love for the 32nd annual Rainbow Pride Parade and Festival.

Held for the first time since 2019, the festivities are expected bounce back bigger than ever.

"It's great for business but it's more important for the community," says Richie's Pizza and Hot Dogs owner Daniel Goldstein.

Richie's Pizza and Hot Dogs has prime seating along the parade route. That sweetens the $5 slice and soda pride special they'll be offering.

"We'll be handing it out like frisbees," Goldstein said. "We'll definitely try."

Owners Daniel, Louis and Angel opened shop six years ago and like many locally owned businesses, struggled during the pandemic.

The return of the Pride Parade means anywhere from 10,000-20,000 potential customers walking by.

"It's good to see everyone back out again, interacting, having fun and enjoying themselves," Louis said.

The team at Splash Fresno is putting the finishing touches on decor.

"You can expect celebration, maybe some tears," says manager Trent Cross. "Some strong and cheap drinks."

The Video Dance Bar opened less than a year ago.

Cross says while staff has celebrated pride in other major cities, celebrating at home will have special meaning.

As one of the biggest sponsors of Fresno pride, you can find their float making a splash at the end of the parade.