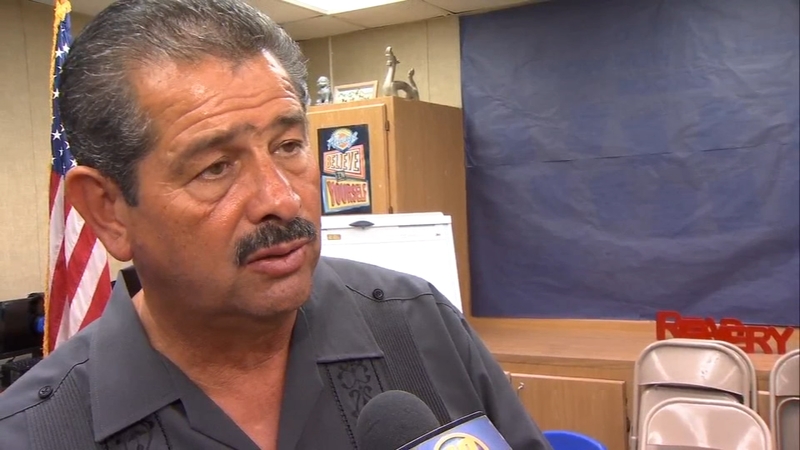 RAISIN CITY, Calif. (KFSN) -- A room divided and a heated argument between parents and teachers.

The Raisin City School Board heard from parents and teachers angry after they say Superintendent Juan Sandoval allowed an active shooter drill without anyone knowing.

Ultimately, the board decided in a 4 to 1 vote to keep Sandoval as superintendent but to improve on communication.

"This did not merit termination..it was a lack of judgment, that I believe was not because of malcontent," said board member Dr. Anthony Monreal.

Danny Nason, a third-grade teacher at the school, was in class when his students heard yelling in the hallway, and a masked man opened the door wielding a fake gun.

RELATED: Superintendent under fire for not notifying parents or staff about active shooter drill

"I saw crying. Kids were coming up to me crying and shaking, asking to call my mom please," he said.

Other parents, and even children, however, held signs in support of Sandoval, telling the board that the children were not traumatized.
"Mrs. Cooper got on the phone and said the kids were laughing and having a very good time," said one parent.

Mary Bernal, another teacher, says according to OSHA standards, the superintendent did nothing wrong.

"Someone from the CTA said there's board policy but federal and state supercedes all that, he has the right to do that," she said.

Superintendent Sandoval broke his silence, telling the board he and several other employees were walking with the masked man so students wouldn't be concerned.

He says after hearing from parents, he has a better idea of how to handle the next drill.

"We heard some good suggestions, and we're going to continue having them..letting the staff know that its going to take within a specific week," Sandoval said.

The superintendent will now have to run plans for an active shooter drill by the board president.