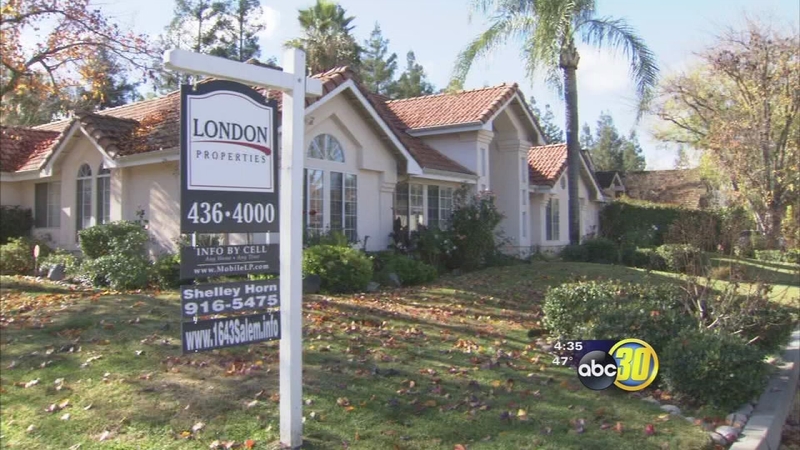 FRESNO, Calif. (KFSN) -- The real estate and mortgage industries often see a slowdown during the holidays but not this year.

Local industry experts say they're busier this November and December than the same time in 2014, calling the market conditions near "perfect." Viola Smith is downsizing. She's selling her northeast Fresno home.

But she was a little reluctant to put it on the market during the holidays. "We have to do what we have to do," Smith said. "It'll sell. The right person will come along. It'll sell."

But Smith has been pleasantly surprised by the number of interested buyers. "I've had more people come through our house this time than we ever did," she said. In fact, for sale signs are going up around town, almost as fast as holiday decorations are.

Fresno Association of Realtors incoming President Patrick Prince said the typical November-December slowdown isn't really happening this year. "Our sales are up," Prince said.
"We're tracking about 500 units more this year then we were last year and the average price is up a little over 8 percent so far year to date."

Prince said the late-year push could be from buyers who have confidence not only in the real estate market but the economy as a whole. "We're just seeing more of those people who were sitting on the fence for a couple of years," Prince said. "Wondering if this was really a recovery and that are coming back into the market finally."

Add to that, the Federal Reserve meets this week which could result in the first increase in short-term interest rates since 2006. "I think a lot of people have heard rumblings that when the Fed meets, they're going to start increasing interest rates," said Lisa Sasaki with the Academy Mortgage Corporation.

Sasaki said that's motivating buyers to lock in rates sooner rather than later. "If your interest rate goes up even a little bit it could just mean that much more in your monthly mortgage payment so over a 30-year period that could mean the different of thousands of dollars," she said.