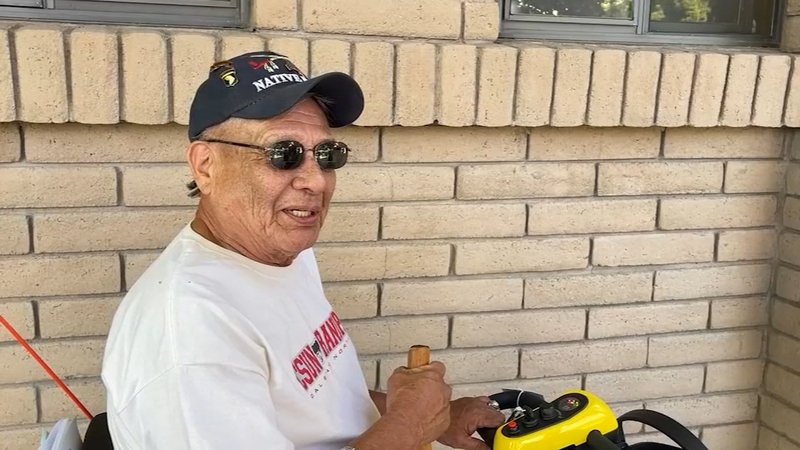 REEDLEY, Calif. (KFSN) -- Three times a week, you can find 74-year-old Gordon Fredrick Wilson rolling through the streets of Reedley to his physical therapy appointments.

He gets around town on his mobility scooter, his only form of transportation.

Over the weekend, he was at an appointment when Reedley police say a surveillance camera captured a man taking off with his scooter worth about $1,200.

"It really crushed him. He blamed himself. He kept going back and asking himself what he did wrong," says his daughter Tammy Wilson.

But when they recovered the scooter, it was too damaged to use.

Officers were determined to right the wrong.

The Reedley Police Officers Association came together to buy Wilson a new scooter.

The gesture took him by surprise.

Officers say it was the least they could do to thank the veteran for his sacrifice. He served as an airborne ranger in the Vietnam War.

The veteran was overwhelmed by the appreciation for his service - a stark contrast from the hollow homecoming after the Vietnam War and even teared up.