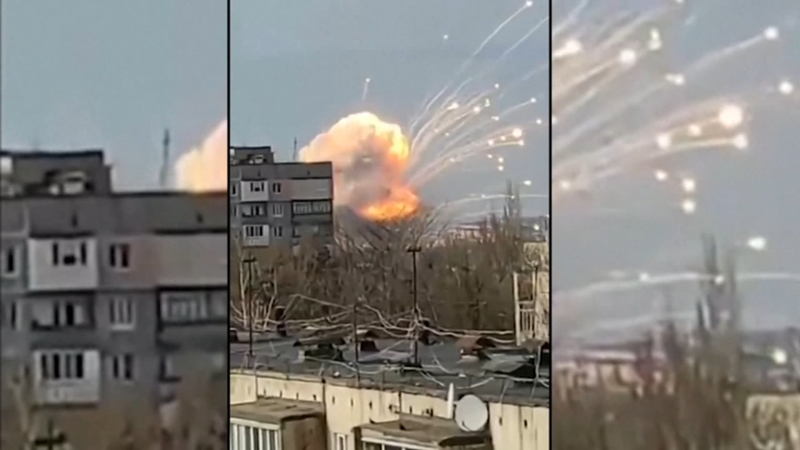 FRESNO, Calif. (KFSN) -- Multiple explosions could be seen and heard in a number of cities across Ukraine Thursday, including the capital of Kyiv after Russian President Vladimir Putin announced he was launching a military operation in the country.

Dozens of people have already been killed and countless more injured. But Putin is warning other countries that any attempt to interfere with the Russian action would "lead to consequences you have never seen in history."

"We have to stand up to the bully and we must do it in a coordinated fashion," says Valley Congressman Jim Costa.

RELATED: Russia invades Ukraine on many fronts in 'brutal act of war'; 57 Ukrainians killed in invasion

Valley Congressman Jim Costa, who sits on the House Foreign Relations Committee, is not surprised by Putin's desire to recreate the former empire of the Soviet Union.

"Putin has two aims: He wants to weaken that economic might of the United States, Canada, Europe and divide NATO," he said. "Two, he wants to make Ukraine a vassal state of Russia."

David Valadao, another Central Valley congressman released a statement condemning Russia's attack as unjustified, saying, "Putin's unprovoked attack on sovereign and independent Ukraine must be met with swift consequences. Now is the time for the U.S. and our allies to stand united and enact crippling sanctions against Russia. I stand with the people of Ukraine and am praying for their safety."

Ukraine's President released a video statement urging citizens not to panic -- adding, "We will defeat everyone because we are Ukraine."

But Russia's invasion is already making an economic impact across the globe, from the stock market to fuel costs.

"We're already seeing that in the increase in gas prices that have gone over a $100 a barrel for the first time since 2010," Costa said.