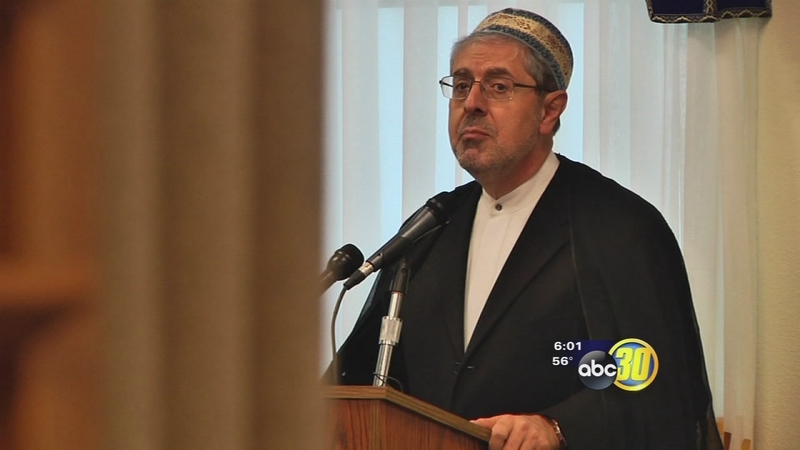 FRESNO, Calif. (KFSN) -- Muslims gathered for prayer at the Islamic Cultural Center of Fresno for the first time since the attack in San Bernardino.

Imam Seyed Ali Ghazvini said, "this is a moment where we pray for the souls of the victims of all kinds of violence." The images, the carnage and the names of the victims were on his mind as he led worship at the mosque Friday afternoon.

"Any attack on any non-Muslim by Muslims, it is an attack on our faith," Imam Ghazvini said. Before prayer, there were solemn greetings at the door. Many Muslims had questions about the man and the woman behind the attack.

"Unfortunately, he is a Muslim, his wife is a Muslim," Imam Ghazvini said, "so we are very sad to hear that." He says the connection hurts - it breeds hatred and misconceptions about the faith and the people who practice for peace.

Imam Ghazvini said, "we are very much hurt, we feel we are being betrayed and our faith being hijacked by this group of terrorists."

At the same time, he says the actions are a contradiction of the culture and far from the teachings of the Quron. Chris Breedlove agrees - he's a Christian pastor and he joined his neighbors in prayer. "Just to show our support and to encourage the community to not give in to Islamophobia and not to take the actions of a few hateful, harmful people," Pastor Breedlove said.