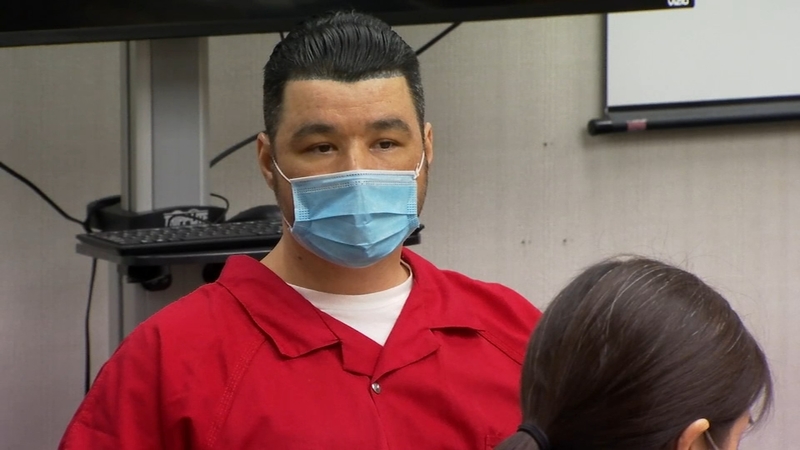 FRESNO, Calif. (KFSN) -- 230 years to life in prison; that's the sentence for a man found guilty of gunning down two young brothers during an argument in San Joaquin.

During sentencing Tuesday, Hileberto Valtierra tried once more to deny his guilt.

"Everyone knows that I did not shoot Angel, I did not kill Angel. If you were there, then you know. If you weren't, then all you know is a story," said Valtierra.

On the day he would hear his punishment for a shooting that sent a crowd of people dodging bullets, Valtierra refused to admit to what the judge said was clear from the evidence.

"To say that you didn't do it when you ran away from the scene, disposed of the firearm, lied to your cousin, lied to the officers, lied to the jurors, is not believable at all, said the Honorable Alvin Harrell III.

Deputy District Attorney, Tim Galston said, "It is a perfect insight into the defendant to go ahead and attempt to manipulate one last time in this court."

Angel Trejo died as he and his brother were moving their mom out of an apartment she shared with Valtierra. The two were involved in a short-term relationship until she broke it off.

Tuesday, Angel's mother did not address the court but his girlfriend did. The two share a child together, who is one year old.

"And the more you look at your child, the more it hurts because their father, who just had dinner with her and her mother an hour before, was the last meal they shared," said Crystal Garcia.

Garcia read a handwritten statement in the courtroom. In it, she described her life without Angel and taking their daughter to the cemetery each week to visit the father she will never know.

Angel's grandmother, through an interpreter, told the court she's heartbroken by the loss.

The murder and attempted murder happened at the Garden Valley apartments with a handful of witnesses watching.

During the trial, even Valtierra's family members said he was the gunman. Only they believed he fired in self defense.

The judge had little compassion for the defendant.

"It's difficult for me at times to sentence people to prison, but in this case, it's not hard at all," said Judge Harrell.

Investigators tracked Valtierra down a day after the murder in Salinas. He was questioned and arrested.

About a month after the murder, the gun was found about a mile from the crime scene by a farm worker who found it lying in field.

Valtierra made one last attempt to delay the outcome Tuesday when he asked the judge for a new attorney and a new trial. But the judge said it was way too late in the process for anymore setbacks.
Report a correction or typo
Related topics:
san joaquinhomicide investigationhomicidecourt case
Copyright © 2022 KFSN-TV. All Rights Reserved.
TOP STORIES
Massive fire started by possible arsonist destroys Fresno home
Bicyclist killed by hit-and-run driver in Madera County
1 killed after car collides with semi in Fresno County
Reedley police officers fatally shoot suspect after chase, carjacking
ABC30 editor spotted suspect in Fresno Save Mart, alerted employees
More than 75,000 pounds of baby formula lands in US amid shortage
Fresno woman creating charcuterie-inspired treats for dogs
Show More
Pfizer: COVID vaccine for kids 6 months to 5 years old 80% effective
78,000 pounds of infant formula arrives in US
Man hospitalized after shooting in Visalia
Man shot in Lemoore, police investigating
Biden: US would intervene with military to defend Taiwan
More TOP STORIES News