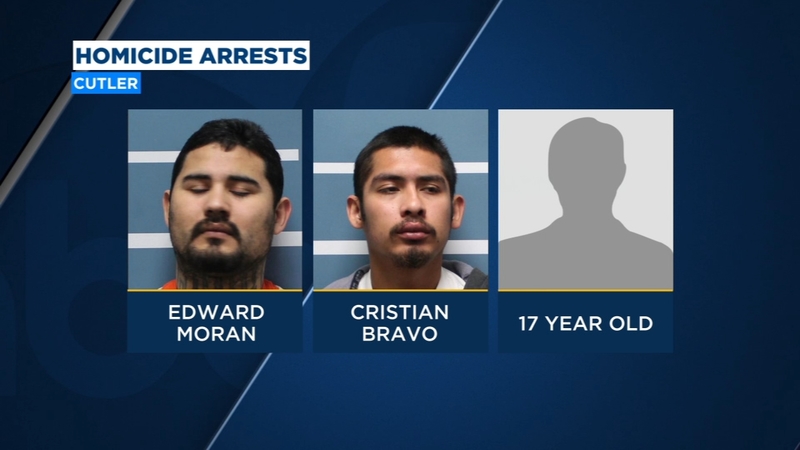 CUTLER, Calif. (KFSN) -- Three suspects have been arrested for the murder of 41-year-old Gilberto Serna in Cutler last June.

They were arrested on separate charges from the murder, but the evidence surrounding the gang operation helped detectives make the arrest.

Tuesday they were arrested for Serna's murder.