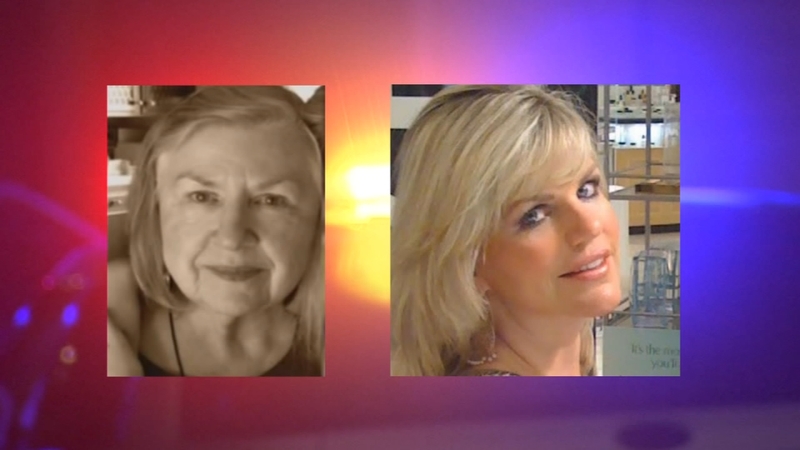 FRESNO, Calif. (KFSN) -- The terror of losing her mother and grandmother to murder have not dissipated for Alison Dupras.

"It feels like it was just yesterday but at the same time it's been so long that I thought something would've been accomplished by now," said Dupras.

Detectives needed coats and beanies to stay warm as they investigated the double murder in December.

They served a search warrant at the home Jennifer Dupras shared with her estranged husband, Alan, and seized some firearms.

But even as they announced new leads, and asked for information about an extended cab pickup truck they believe was involved, detectives never arrested anyone.

RELATED: Kingsburg woman speaking for first time about murder of mother and grandmother

Dupras says they know who did it and so does she, but she does not want to publicly name the suspect so she does not disrupt the investigation.

Sheriff's investigators tell me they are not ready to release a suspect's name.

Sheriff Margaret Mims said, "This is not something you hurry up. When it's ready, we'll submit it to the DA. We have to be able to prove the case beyond a reasonable doubt at trial, and that's a very high threshold. We only get one chance at this prosecution."

Dupras says she is not criticizing detectives or the district attorney's office, but she has scheduled a silent sit-in on Monday and District Attorney Lisa Smittcamp even agreed to meet with her.

"To me, this is really the time to place gentle pressure on them and let them know there's a whole community that's been waiting for answers. We haven't forgotten just because it's been eight months," said Dupras.

They celebrated Jennifer's last birthday by attending the March for Science on Earth Day in Los Angeles, so she knows her plan to push for justice would win her mom's favor.

"She was always proud of me being involved in the community and standing up for I believe in and what's right, so I definitely think she would be proud that I'm taking action on this," said Dupras.

The sit-in runs from 8 a.m. to 6 p.m. on Monday in front of the district attorney's office in downtown Fresno.