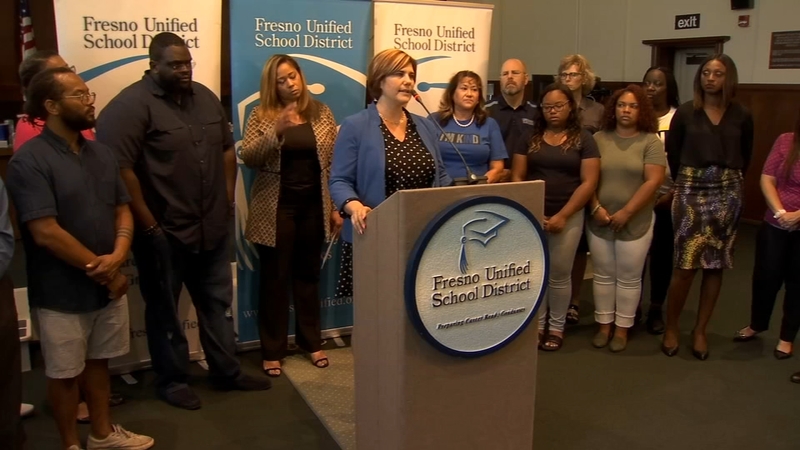 FRESNO, Calif. (KFSN) -- "Bringing the issue to the office was hard, and feeling like it was ignored was even more hard," Amya Wilson was one of the students who went to Bullard High administrators a few weeks ago to address social media videos she knew were wrong.

Fresno Unified officials have admitted they could and should have done better.

The matter became a serious discussion at the school, within the community and around the nation after community activist Stacy Williams posted the video on her Facebook.

"You can imagine the responses I've gotten both good and bad, but teaching our children as incoming freshman the things that we put, they go out and they are public," Williams said. "You can't take that back, right? It's not something you can like put the toothpaste back in the tube kind of statement."

The videos, including one taken at the school, show the situation surrounding the 15-year-old student using the slur. In another video posted on social media, she also says it with a black face.

"When we learned of this situation, we were distraught. We know the actions of using blackface and racial slurs are not only offensive and hurtful but also have originated from a terrible history of oppression against African-Americans."

Correction to students age: She is now 15 years old, not 14.

Fresno Unified trustee Keisha Thomas says historical perspective needs to be taught to students and parents everywhere need to recognize the vulgarity of the racial slur.

"The N-word is not a good word. But our students use it frequently against each other," Thomas said. "It's not just one ethnicity, it's all of them. All ethnicities use it as a term of endearment and it's not OK."

The student who used the word has been disciplined by Bullard High administrators, but her punishment was not revealed due to privacy laws. The teenager's parents also said she's in trouble at home.

A nearly day-long meeting at the high school Monday included a conversation about changing the culture.

300 freshman at Bullard will go through a cultural awareness program. In addition, a parent advisory board will be reinstated, and the school plans to build up membership in the black student union.
Report a correction or typo
Related topics:
societyfresnohigh schoolsocial mediaracismvideo camerafresnofresno unified school district
Copyright © 2021 KFSN-TV. All Rights Reserved.
More Videos
From CNN Newsource affiliates
TOP STORIES