"So things are now dipping into a little reserve that we had, but it's not going to take us very far."
KGO
By Michael Finney and Randall YIp 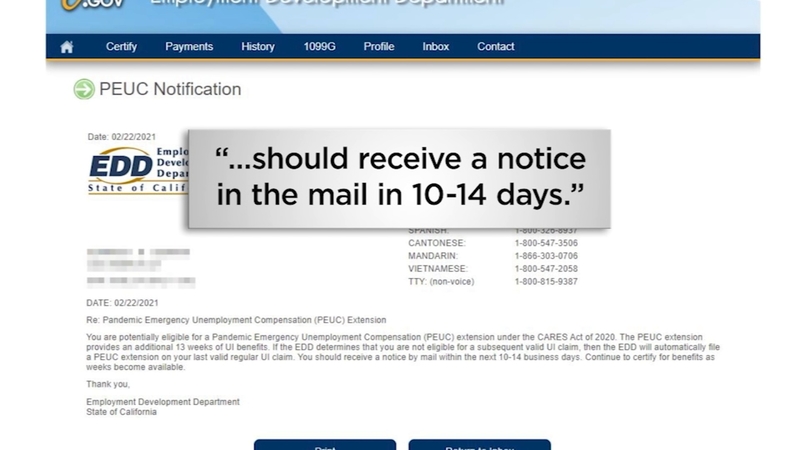 SAN JOSE, Calif. -- Recent action by Congress-extended unemployment benefits to more than a year for many due to the COVID-19 pandemic.

But when exactly that extension starts is causing frustration and confusion for those who need it most.

"It sucks!" Desmond Miller screams from across the room.

That's the couple's blunt assessment about Robin's experience with the EDD.

She began collecting unemployment in July. Despite the extension, the checks stop coming in January.

"I don't like what's going on with the EDD. They've been giving her the runaround since January," Desmond said.

Both received a notice in their inbox saying they could be eligible for an additional 13 weeks of benefits.

"I was expecting to be automatically enrolled as the electronic notice also stated," Jennifer said.

The email stated she should receive a notice in the mail in 10-14 days.

It's been more than 30 days and so far she's received nothing.

"So things are now dipping into a little reserve that we had, but it's not going to take us very far," she said.

7 On Your Side reached out to the EDD during a recent teleconference to clarify Jennifer and Robin's situation. We didn't get very far either.

"I can understand the confusion that can come around the hierarchy of the regular UI along with some of these extensions. And if you have PUA involved, it can make it more confusing," said Erica Looney, Division Chief of Unemployment Insurance Policy, Procedure, and Automation at the EDD.

EDD declined to talk about their specific cases and suggested both monitor their inboxes.

Robin says she's running out of options. She's already taken her money out of her 401k.

"So I took it all out and we're going through that like crazy," she told us.

Here's a link to the latest information posted by EDD on its website. 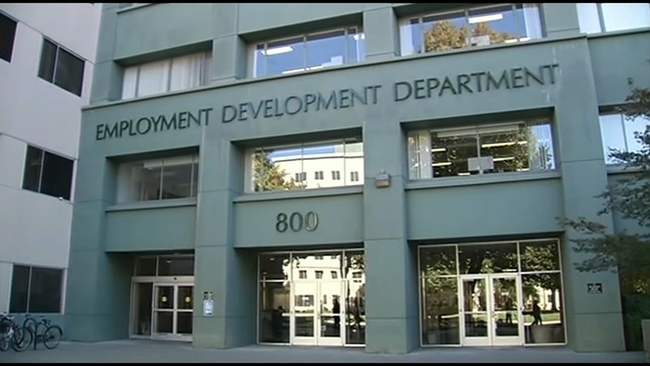 Part of I-5 at Grapevine closed due to brush fire