KFSN
FRESNO, Calif. (KFSN) -- A bitter debate over panhandling is set to unfold inside Fresno City Hall Thursday and the criticism is already coming in.

"This ordinance will punish our residents who believe in charitable giving. an act of kindness should not be punished or made a criminal act," said councilmember Esmeralda Soria.

At a press conference today, Soria ridiculed the ordinance which would penalize drivers for giving money, food, or anything else to a pedestrian while they're waiting near a traffic signal.

Steve Brandau is sponsoring the bill which calls for fines of up to $300.

"A lot of times you see pedestrians going out in traffic, soliciting money and food, from drivers and its time to put an end to that," Brandau said.

The news has already hit the corner of Blackstone and Herndon where Ronnie Lindley makes his living.

"We're out here anyway. I don't want them to start taking rights away. if they say you can't spend money where they want to, it's taking their rights away," Lindley said.

Supporters have claimed the ordinance will improve public safety.

Opponents are asking where's the proof?

"Council members have not provided any evidence to support that there has been one injury," said council vice president Miguel Arias.

A hearing on the bill is set for Thursday afternoon.
Report a correction or typo
Related topics:
societyfresnopanhandlingpoliticsfresno city council
Copyright © 2021 KFSN-TV. All Rights Reserved.
PANHANDLING 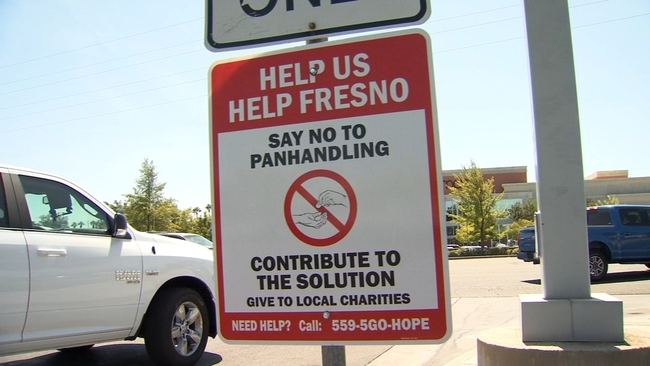 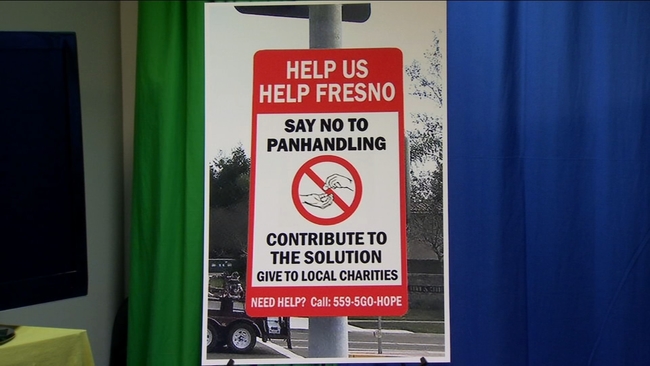 Business owners can buy signs to discourage panhandling in Fresno 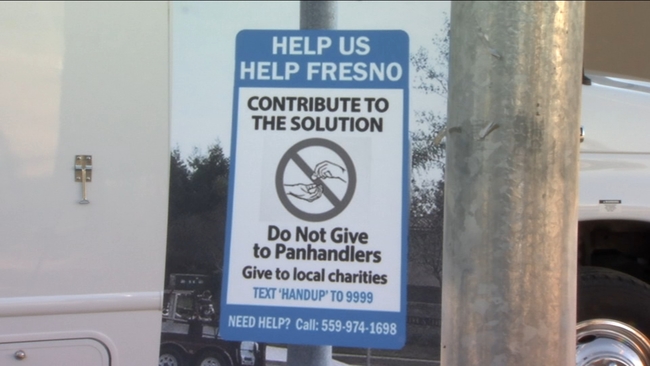 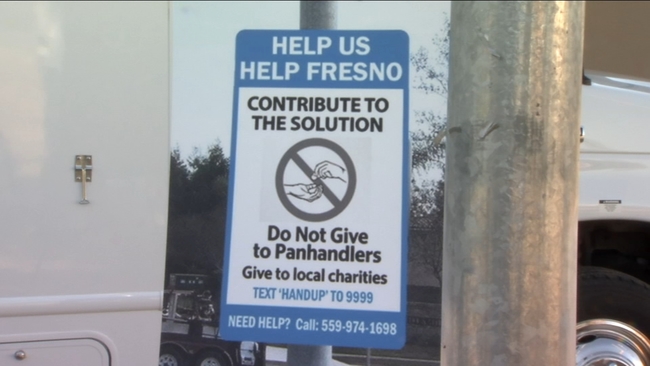