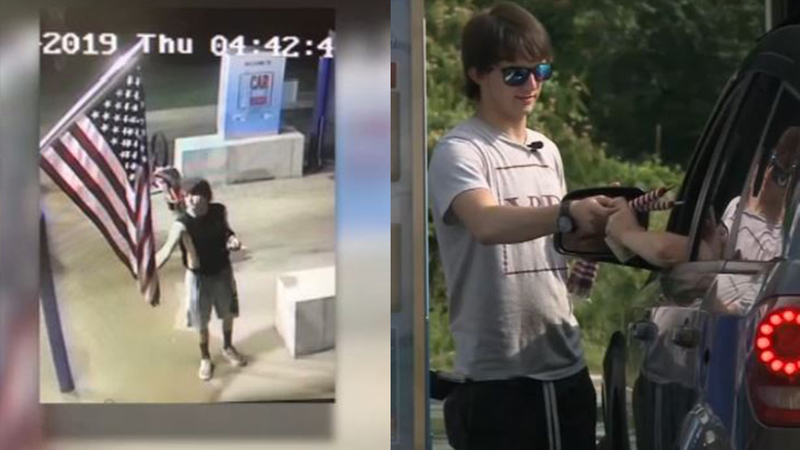 A Missouri teenager became Facebook famous for the wrong reasons when a video was posted of him stealing an American flag from outside a car wash.

The company immediately posted the footage to Facebook in hopes of tracking down the thief.

Forty-five minutes later, Chandler turned himself in and brought back the flag, where car wash owner Bill Hoaglin had his punishment waiting for him.

"He's been here since a little after lunchtime passing out little small American flags, instead of getting arrested," Hoaglin said.

The car wash owner spent the day watching as Chandler made every effort to right a wrong.