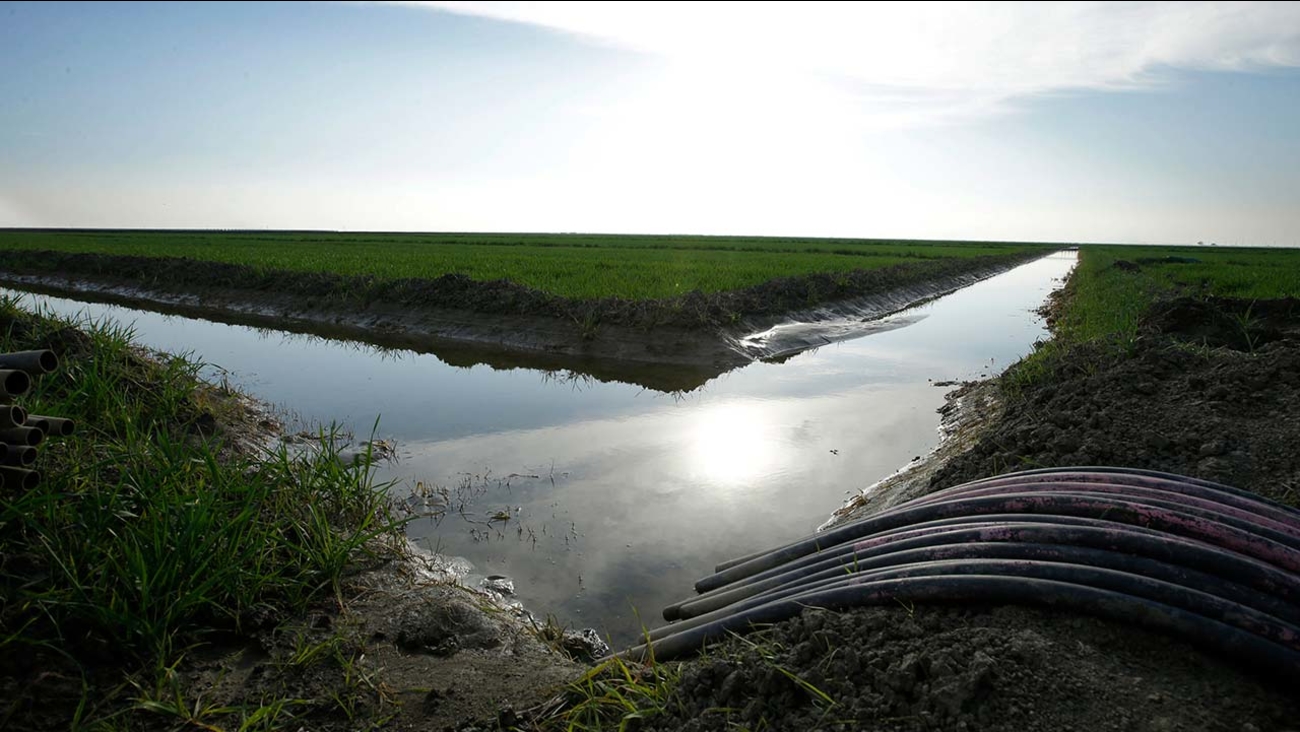 LOS ANGELES -- A week after Southern California's largest water agency abandoned a plan to pay for much of the state's ambitious water project, the funding proposal will be debated again.

The Tuesday vote by the board of the Metropolitan Water District of Southern California could put back on track Gov. Jerry Brown's lengthy effort to redo the water system left by his father, the late Gov. Pat Brown.

The board will decide whether to approve $5.2 billion in funding for a single tunnel that would overhaul the state's north-south water system, or OK up to $10.8 billion to help finance the construction of two tunnels.

Brown sent a letter Monday to the MWD supporting the two-tunnel plan, which he's backed for years. In February, his administration agreed to trim the project down from two tunnels to one and build it in stages, in an effort to help line up enough funding and ease environmental concerns.

But staging the construction could end up increasing overall costs and "risk serious delay in permitting and jeopardize the entire project," Brown wrote to board members. "That is why I urge the Board to support the full project - without delay."

The MWD has been the steadiest long-term supporter of either one tunnel or two - saying each project would help secure water for its millions of urban customers.

While MWD staff is recommending that the board choose the one-tunnel plan because it's less financially risky, they have maintained that building the full Sacramento-San Joaquin delta project would provide more overall benefits to California's water delivery system.

The Los Angeles Times said Tuesday's vote is likely to pit MWD's two biggest members, the city of Los Angeles and the San Diego County Water Authority, against its third-largest member, the Municipal Water District of Orange County - one of the agencies that pushed to get the two-tunnel proposal back on the agenda.

General manager Jeffrey Kightlinger sent a memo to the board Monday saying the MWD was backing away from a proposal to have the agency pick up the portion of twin-tunnel financing that agricultural districts were refusing to shoulder. Kightlinger said he put the option back on the agenda after a number of board members told him they wanted to consider the two-tunnel version.

Environmental groups have opposed the original twin-tunnel project, fearing Southern California water agencies would use the tunnels to drain too much water from the Sacramento River, above its delta with the San Joaquin River.

The Sacramento is the state's biggest river and a vital supplier of fresh water to the San Francisco Bay, part of the largest estuary on the West Coast of the Americas.

Brown and other project supporters say the tunnel project would modernize California's outdated north-south delivery system, where pumps and overall water withdrawals are blamed for the steady dwindling of native fish and other wildlife that depend on delta water.

Opponents plan a rally outside MWD headquarters to urge the board to reject both tunnel plans, which they fear will raise water bills and property taxes without delivering any water or economic benefits to Southern California residents.
Report a correction or typo
Related topics:
societyfresnowateragriculturefresnocalifornia
Copyright © 2021 by The Associated Press. All Rights Reserved.
CALIFORNIA