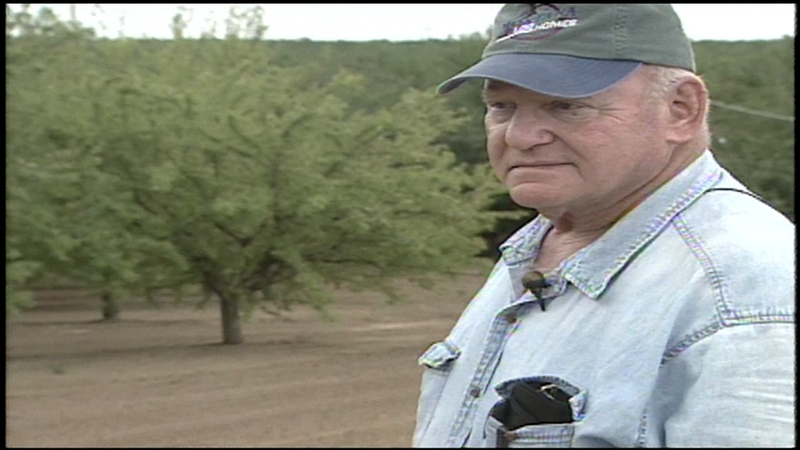 FRESNO, Calif. (KFSN) -- The Valley ag community has been mourning the loss of a grower whose vision helped many farms stay in business.

Marvin Meyers was one of the state's biggest almond growers. He once told Action News, "I never dreamed we'd get this big."

In 2002, Marvin Meyers built his own private water bank in Mendota as a safeguard against drought.

"He was a man of vision," said former Fresno County supervisor, Phil Larson.

Irrigation districts bought some of the stored water so farmers could use it. Meyers said at the time the bank would ensure his son Greg could continue to grow almonds.

"I got enough water to keep the kid going. Long after I'm gone, he'll be able to keep farming," He said.

Marvin Meyers has passed away at the age of 85.

"I have great respect for Marvin, for his generosity, for his entrepreneurship and for everything that he did," Larson said.

Larson and Marvin Meyers were friends for over 55 years.

"His water bank is a testament to his legacy," Larson said.

Marvin's presence has long been felt at the Big Fresno Fair with the Meyers Water Bank and Wildlife Project.

"The Water Tree has been such a big part of the fair and kids' inter-active exhibit where kids are able to learn where water comes from," said deputy manager Lauri King.

Projection mapping shows how snow and rain flow into an aquifer where it is stored for later use. Support for education was always a priority for Meyers, a man who often asked to remain anonymous when he donated money.

"Each year, he sponsored ten $3,000 scholarships and was really just giving back to his community," King said.

Marvin Meyers is survived by his wife, three adult children and their families.