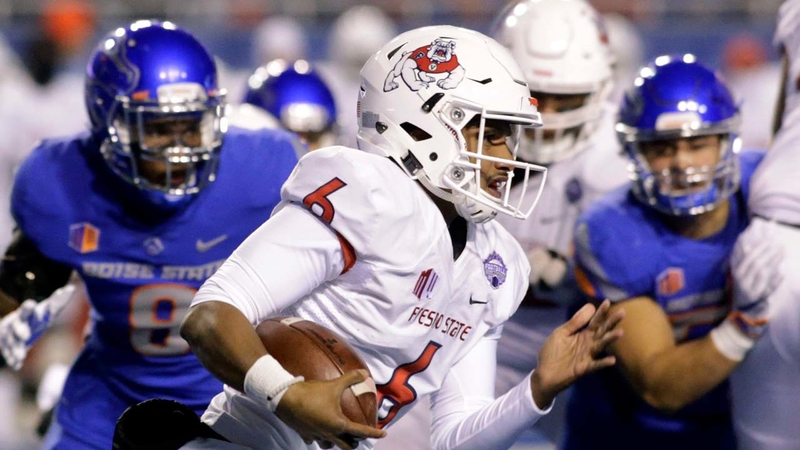 Despite the loss, the 'Dogs are not done yet. They will be back on the field for a bowl game. The location and who they will face will be determined in the coming days.

Coach Jeff Tedford said, "I'm really proud of our team and our staff. To be in this position, we fell short tonight. This group has accomplished quite a bit. I think it, rejuvenated the town of Fresno. And we have a lot to be proud of. These guys work really, really hard to get to this point. Like I told them in the locker room they shouldn't hold their heads down because they've accomplished a lot this year when really no one believed. Coming off of last season I think it was the worst record in college football. Last year they were the only team to win one game. And for them to turn around and be in the conference championship game says a lot about these kids. And I'm really proud of them. Even though we fell short tonight, I'm really proud of them. I love them. And we'll go back to the drawing board. We'll be back."

The Bulldogs led 14-10 at the half as Dinuba High product Marcus McMaryion scored two rushing touchdowns in the first half. The two teams played a scoreless third quarter before Boise State took the lead on a Ryan Wolpin two-yard touchdown run. That proved to be the eventual game-winning score.