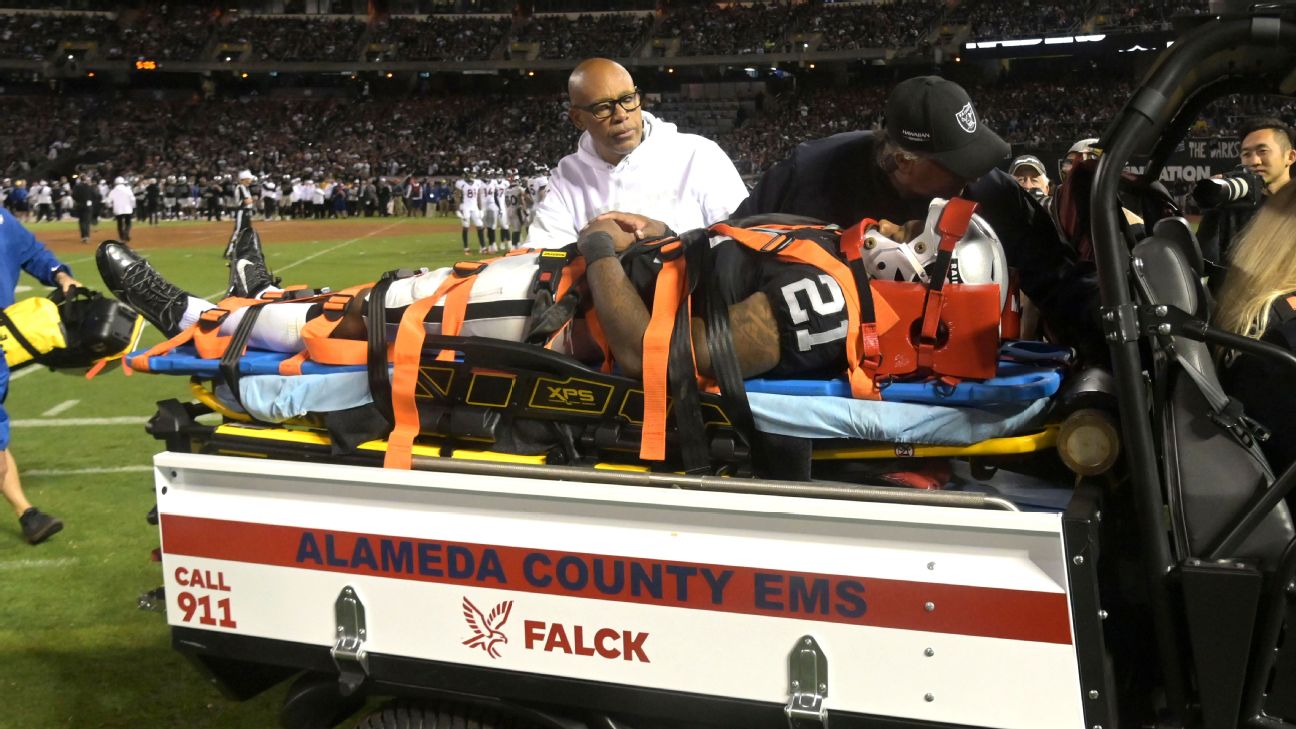 ESPN
By Paul Gutierrez
ALAMEDA, Calif. -- Oakland Raiders cornerback Gareon Conley took to Twitter on Tuesday afternoon to reassure fans that he was physically fine after being carted off the field while strapped to a gurney in Monday night's season opener.

Conley was injured when he was accidentally kicked on the top of the helmet by teammate Johnathan Abram while the two were tackling Denver Broncos running back Royce Freeman down the right sideline in the third quarter. Conley reached for his head in pain immediately after his neck was compressed.

Abram, meanwhile, is dealing with an injury of his own. The safety, drafted by the Raiders in the first round this year, will seek a second opinion/examination of his shoulder area, a source told ESPN's Josina Anderson. There is a possibility that Abram could be placed on injured reserve as a result of his injury, the source added.

With Conley out, the Raiders turned to rookie cornerback Trayvon Mullen, who would have to play again Sunday against the Kansas City Chiefs and reigning NFL MVP Patrick Mahomes if Conley is sidelined.

"Happy to say that Gareon Conley seems to be doing OK," Gruden said. "I think there's a chance he might be able to play this week but we'll have to update his status tomorrow."

Conley, the Raiders' first-round draft pick in 2017, missed all but two games of his rookie season with a fractured tibia before playing in 15 games last season and tying for the team lead with three interceptions. 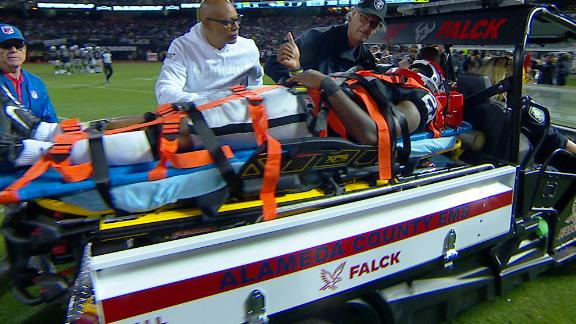