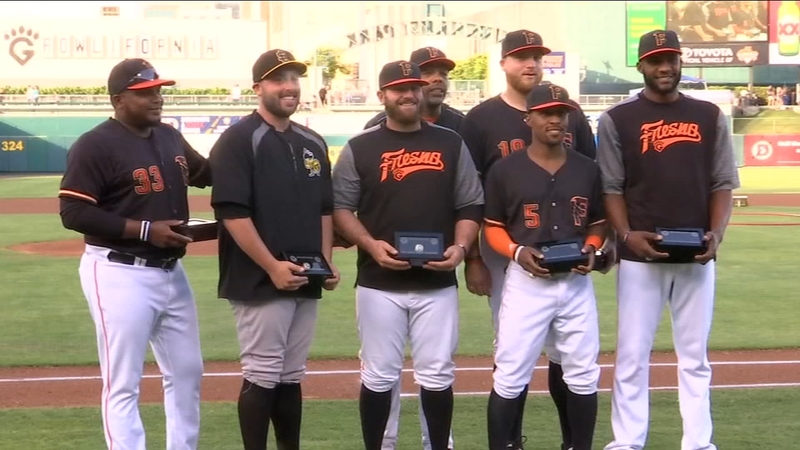 FRESNO, Calif. (KFSN) -- For the Grizzlies to something like this.

Or for that matter for the Astros to win a World Series. At the base level--it comes down to players being at their best on the field.

"You're gonna be hurting at some point in the season. We play pretty much every single day," said Kyle Tucker.

That is where Lee Meyer comes in.

"Not only do I do the rehab with the guys when they do have an injury but I do a lot to try and prevent things too."

Meyer is the head athletic trainer for the Fresno Grizzlies.

"Not only to be in that profession but to work in baseball I thought would be something next level that I would really love," said Meyer.

While players horse around pregame--Lee is hard at work making sure the team has every conceivable tape, tool or medicine before the team heads out on a road trip.

"All his job is about us. He doesn't make anything about him and anything we ask he's there for us and he's trying to get us 100 percent so we can win ballgames," said Jack Mayfield.

Meyer spent seven years climbing the ranks with the Yankees and in just his second year in Fresno--has already been recognized for his work.

"You gotta be careful is guys are healthy to say this is because of me because the next season it could go the opposite and you've got 30 guys hurt and you need to be accountable for that too."

In an award voted on by his peers--Meyer was just named the Pacific Coast League's Trainer of the Year.

"I know a lot of people in this league are very deserving so I feel almost like I'm just doing my job."

He says the key to doing this job well--a daily dialogue with the players. But he also needs to remember everything there is about the Astros roster--should any players be sent down for assignment.

"One guy might have this because of that so maybe it pops up in April, maybe it pops up again in June. Knowing if you've got to hit the panic button about it or knowing hey you're going to be fine you can push through this, you can play through this or we need to give it some time. The communication is so important."

Just like the players he cares for--his goal is to one day make the big leagues.

"It's the top of our profession in baseball. It's a challenge I'd love to take on."

While the players may get the well-deserved accolades for them to succeed, so too does Lee's work behind the scenes.