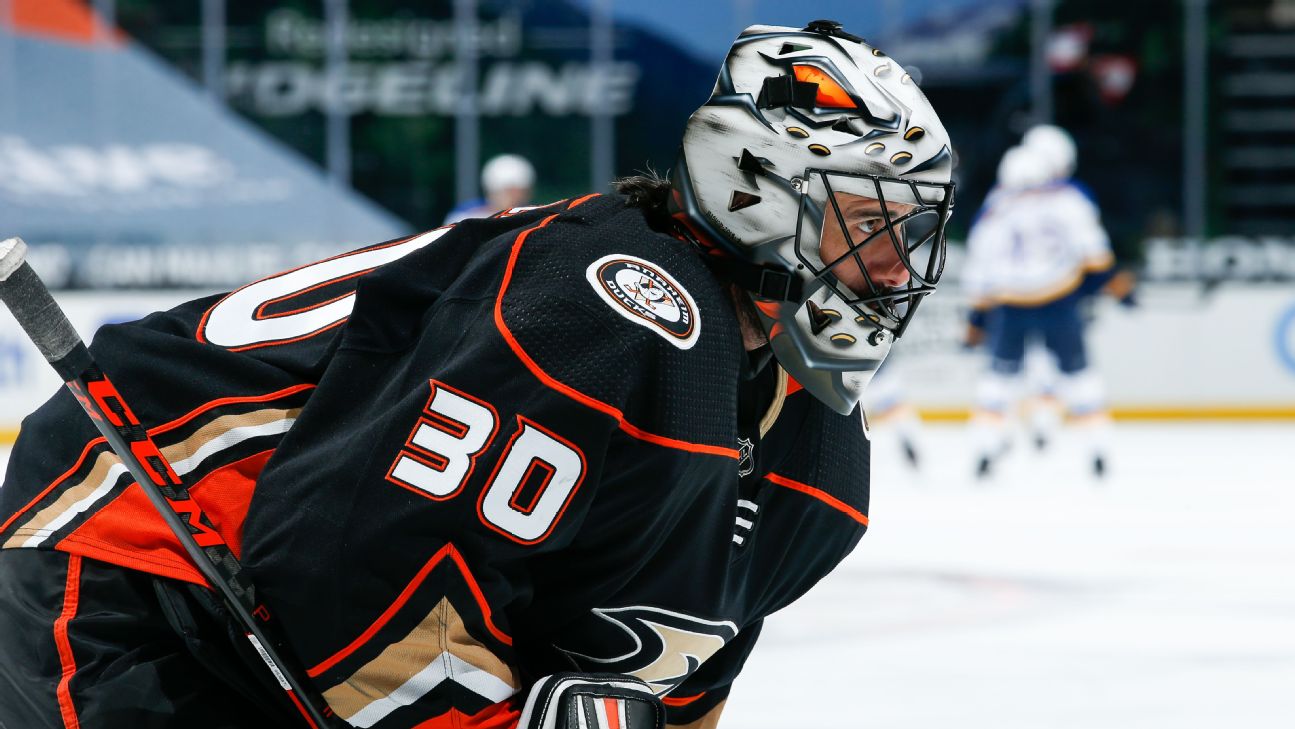 Anaheim Ducks goalie Ryan Miller is retiring at the conclusion of this NHL season, ending a career that included a star-making run in the 2010 Winter Olympics for Team USA.

Miller, 40, has played 794 games in the NHL with the Buffalo Sabres, St. Louis Blues, Vancouver Canucks and the Ducks, with whom he has spent the past four seasons. He won the Vezina Trophy in 2009-10 as the NHL's top goaltender while with the Sabres.


"I kinda thought this year would be my last year," Miller said in a tearful news conference Thursday. "I wanted to take the time to appreciate everything about the game. It's been a good year. I've been able to soak it in. It felt like this would be a good way to say goodbye. To enjoy the moment. Once you're off and into the summer and doing something else, I didn't know if it would be easy to say goodbye. This is going to help."

His run with the U.S. men's hockey team in 2010 made Miller a household name. In the Vancouver Olympics, Miller went 5-1 with a .946 save percentage in backstopping the Americans to the silver medal -- losing a heartbreaking overtime game to Canada on Sidney Crosby's "Golden Goal." Miller was named best goaltender and most valuable player in the 2010 Games. The Michigan State alumnus also appeared in the 2014 Winter Olympics in Sochi for the U.S.

"I guess until you get there, you don't realize how big the Olympics can be," Miller said. "I certainly knew there would be a lot of people watching, but I wasn't fully prepared for that amount of attention. It ended up being a great hockey tournament."

He said he hopes to continue working in hockey, with a focus on breaking into player personnel and team management to help "craft teams" in the future.