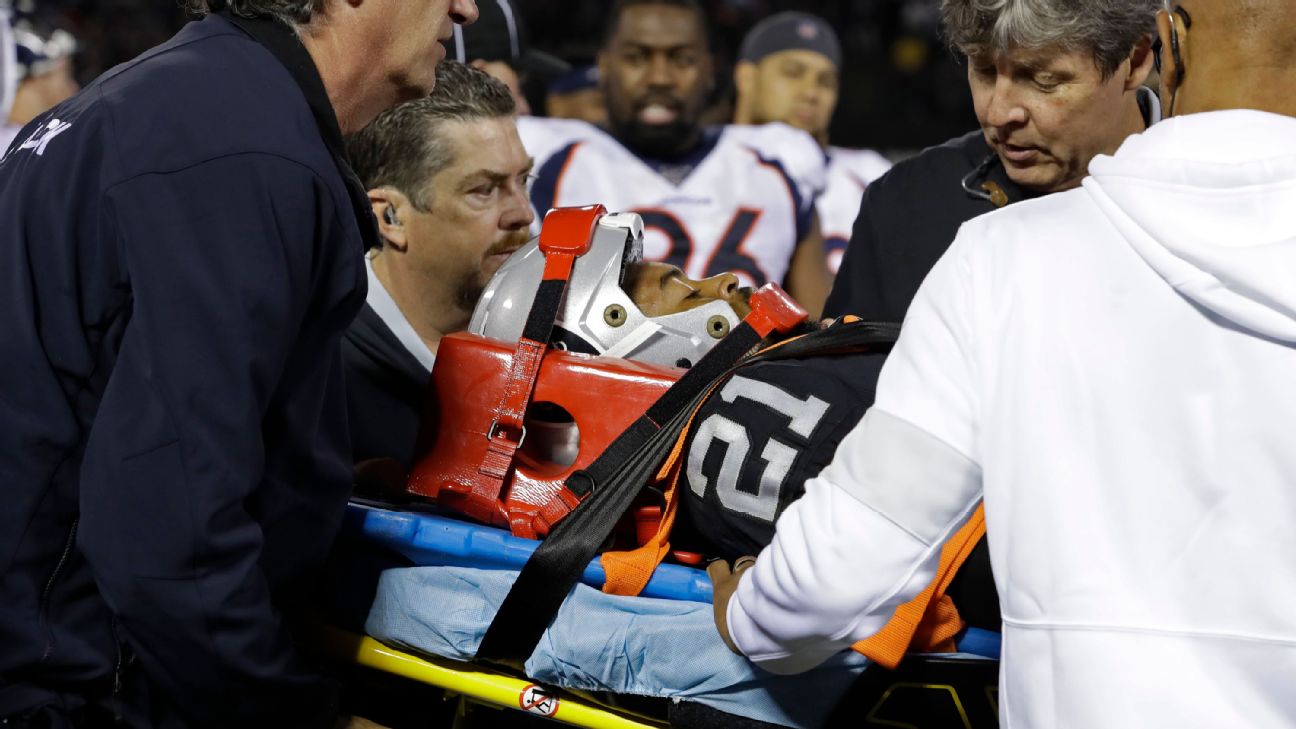 OAKLAND, Calif. -- Oakland Raiders cornerback Gareon Conley sustained a neck injury and was strapped to a gurney and taken off the field on a cart with 5 minutes, 6 seconds remaining in the third quarter of the Raiders' season opener against the Denver Broncos on Monday night.

Conley gave a thumbs-up with his right hand as he was moved.

"I got good word on him that he's going to be OK," Raiders coach Jon Gruden said after the game. "Don't know his status for the next game, but most importantly, he's all right. That was a scary hit that he took. But all the reports I have are very, very positive."

The injury came on a play down the right sideline as Conley was trying to take down Broncos running back Royce Freeman on a 27-yard run. Raiders safety Johnathan Abram caught Conley on the top of his helmet with a leg whip as he hit Freeman.