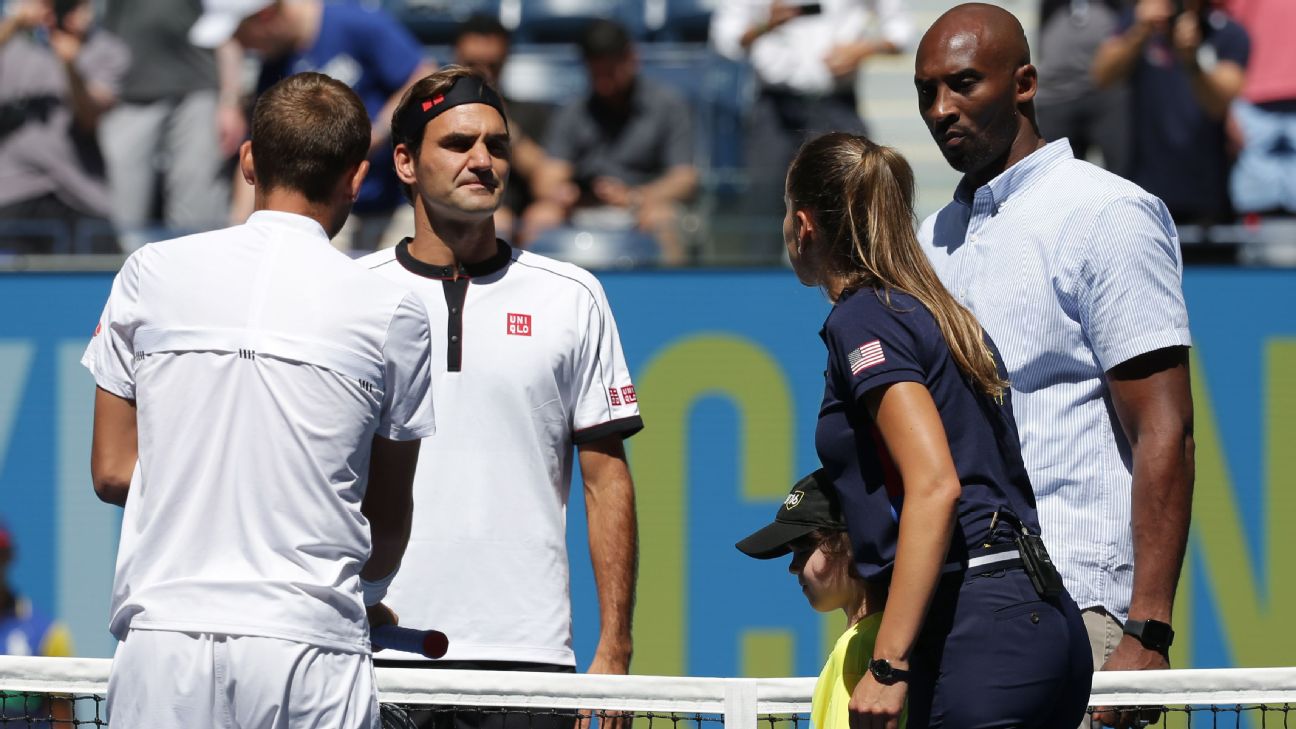 Tributes to Kobe Bryant poured in from the tennis world on Monday in Australia, after the NBA legend and his daughter Gianna were among several people killed Sunday in a helicopter crash in Calabasas, California.

Bryant, 41, was a friend to many tennis players and wrote a children's book about tennis in 2019.

"Woke up this morning with the horrible news of the tragic death of one of the greatest sportsmen in the world," Rafael Nadal wrote on Twitter. "Kobe Bryant, his daughter Gianna and other passengers. My condolences to his wife and families. I am in shock."

Just a few days ago at the Australian Open, Novak Djokovic discussed how he became friends with Bryant and how the former basketball star helped him when he was going through some difficulties with an injury.

"Kobe has been one of my mentors," Djokovic told ESPN during an off-day interview on Saturday. "I've had several phone conversations with him, and also, of course, when we saw each other in the last couple of years, when I was going through my injury with the elbow and struggling to kind of mentally and emotionally handle all these things that were happening to me ... he was one of the people who was really there for me and could give some very valuable guidelines."

Upon hearing the news of Bryant's death, Djokovic paid tribute to his friend in an Instagram post Monday morning.

"My heart truly mourns over the news today," Djokovic captioned a photo of himself with the formerLos Angeles Lakersstar. "Kobe was a great mentor and friend. There are not enough words to express my deepest sympathies to the Bryants and every family suffering from this tragedy.

"May God bless you and your Gianna. Thank you for being there for me and inspiring the entire world. Thank you for showing all of us athletes how to compete and respect sport. Thank you for the greatest legacy you leave behind with us. I'll never forget your smile spreading positive energy everywhere you went. You and your daughter will live forever in our hearts."

Naomi Osakaand Rod Laver were among others to offer their condolences.

"Terribly sad to wake up to this news today," Laver wrote on Twitter. "RIP Kobe Bryant. Too young. Deepest condolences to family and friends of the sporting legend."

Nick Kyrgioswore a No. 8 Bryant jersey as he entered the court and warmed up for his match against Nadal.

Maria Sharapova, who knew both Bryant and his daughter, wrote on Twitter: "This is incredibly difficult to process. I will never forget your generosity, and the time you set aside in some of my most difficult moments. I am forever grateful. My heart is with you and your beautiful family."

Teenage starCoco Gauff, who had Bryant's numbers 8 and 24, along with the inscription "Mamba Mentality," on her shoes in a doubles match,said Bryant was "the definition of intensity."

Tenth-seededGael Monfils was also among those affected.

"It was really tough this morning. You know, is the first thing, you know, when I woke up, bunch of messages. Definitely when I found out that, I was really, really sad, because it was someone that for sure I was looking up growing up and someone very special," Monfils said after his loss to Dominic Thiem. "To be honest with you, really devastated by that, because it means quite a lot for me. All my thoughts and prayers for his family."

"Few athletes transcend their sport, fewer athletes yet transcend sport itself, and Kobe was one of those people," Navratilova said on the Tennis Channel. "Tragedy beyond words. What I really appreciate about him as a man is his support of women's sports, girls' sports. Most male athletes don't [do] that, so we thank him for that. It's just a shame that his second act may have been even greater than his basketball career."

Stan Wawrinkatweeted "RIP Legend," and two-time Wimbledon champion Petra Kvitova said: "Life can be so cruel. Tough to take in this terrible tragedy. RIP Kobe. Sending my sincere condolences to the Bryant family."

Karolina Pliskovacalled Bryant "one of the greatest sportsmen of our lifetime."

The ATP Tour also posted a statement to Twitter: "We are deeply saddened to learn of the loss of Kobe Bryant, his daughter, Gianna, and others on board. On behalf of everyone at the ATP Tour, our thoughts and condolences are with the affected family and friends at this extremely difficult time." 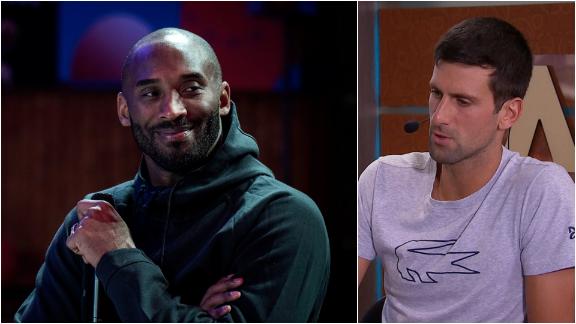